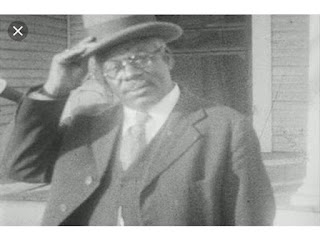 It’s good to have a hobby. It might get you into the National Film Registry.

Solomon Sir Jones was a prominent and successful minister and businessman in Oklahoma, where he moved in 1889 after a youth spent growing up in the South. He was also an amateur filmmaker. He took pictures of his family, the community, the church, and all the everyday events and locales: funerals, parades, businesses, picnics, playgrounds. He documented his extensive travels as well. Almost six hours of footage were preserved.

The films are home movies, in essence, possessing both the virtues and the flaws of that type of filmmaking. Lines of people walk past the camera, getting their likenesses recorded. The camera pans here and there, picking up faces and other details. It’s not profound or inspired filmmaking, but it provides extensive insight into the lives of ordinary people of the time, a sense of the landscape of the day.

A significant aspect of the collection of films is that Reverend Jones was Black, and that we see through his films African-American society, obviously just as complex and mundane as white society. That makes there films inherently subversive, especially when considering the attitudes of white people toward Blacks in that place and time. They assert the dignity of their subjects.

Fortunately, all the films are available online via the handy site set up by Yale’s Beinecke Rare Book & Manuscript Library and can be seen here.

The NFR is one writer’s attempt to review all the films listed in the National Film Registry in chronological order. Next time: “The Chechahcos.