“Nobody knows anything . . . Not one person in the entire motion picture field knows for a certainty what’s going to work. Every time out it’s a guess . . . “ – William Goldman

The guy who uses Oscars as bookends ought to know. The award-winning novelist and screenwriter (“Princess Bride,” “All the President’s Men,” and on and on) made his first big mark with this film, and his thorough and entertaining narrative of its creation is found in his first memoir, “Adventures in the Screen Trade.”

I saw the movie 12 times, back in the day when you had to go to a big dark room and watch it at preappointed times. The number was a proud record for me until Monty Python films came along. I returned again and again to the theater, usually by myself. I watched it again recently, after a break of about 25 years, and wasn’t nearly as impressed as I remember. What made me love it so much?

Well, for one thing, it looks great. It was directed by the polymath daredevil George Roy Hill, and shot by cinematographer Conrad Hall, only one of the top 10 who ever lived.

But it just doesn’t make any damn sense. It seems now like a vast borrowing from previous traditions. It’s a buddy movie, an elegiac end-of-the-West movie, a chase film, sprinkled with some romance, and not a little comedy. And a little musical comedy – what in the hell is “Raindrops Keep Fallin’ on My Head” doing in there? It mixes styles and even filmstock with impunity, moving from sepia to full-color, deep-focus shots, changing lenses every other scene. The duo’s leap from the cliff is from “Gunga Din”; the slo-mo violence is pure Peckinpah, and their final apprehension comes straight out of “Treasure of the Sierra Madre.” It’s Hope and Crosby on steroids.

It’s said that all and sundry involved were just ripping off “Bonnie and Clyde,” which came out two years earlier – another tale of outlaws presented as cheeky, rebellious, fun-loving proto-hipsters. However, something must have been in the air, for Goldman had been researching the story for eight years. The success of the French New Wave and its American imitators trying made the moneymen have to put up with experimentation and creativity – those things were actually paying off! Filmmakers were now open to, if not expected to, be non-standard and innovative in content and form.

“Butch Cassidy and the Sundance Kid” is innovative only for its own sake, though. It carries very little thematic weight. We have the standard bit about the Closing of the Frontier. The Man in this instance is the big, ruthless Machine of Progress, powered by faceless killers like the posse that chases the heroes, never seen up close. (It’s not insignificant that it takes an entire army to destroy the duo, as the characterization of Bolivia is casually racist.) And, as for countercultural significance, casting two of the most handsome, normal-looking, articulate, and charming white guys in film history as the rebel-buddy-heroes is almost literally a whitewashing of history.

In “Butch Cassidy and the Sundance Kid,” it’s as all the elements were thrown into a blender, or sorted out with the yarrow stalks of I Ching divination. Full of quotes from movies past, it’s meta. It’s the – hey! It’s the first postmodernist film!(?)

And it worked. At the time, I LOVED the nonsensical insertion of the song. At the time, I was madly in puppy love with my best friend Todd Dickson's sister; we used to act out the scene to  the soundtrack album. I laughed at the funny parts, I tensed when the posse got closer. I didn’t even mind the weird New York City photo-montage, shot that way because the studio wouldn’t let them shoot on the “Hello, Dolly!” sets, so they snuck in and got stills. I reacted exactly as expected. I cried at the end. I was young; I could roll with the punches. And that’s film is meant to do, to involve you, to entertain you. It doesn’t have to hang together or make sense or observe the three Aristotelian unities or any of that crap. It has to hold our attention and want more.

Now that I’m older, I want tonal consistency. I can’t just watch anything, and for hours at a stretch. My diet has become more discriminating, my absorption rate slower and more selective. I can’t gobble down films like I used to, and all that I have seen since “Butch” premiered has rubbed off some of its luster. It met a need at the time for me, obvious, and for many others. It’s instructive to learn that sometimes the experience of a film is like a love affair -- it doesn’t have to be significant or even make sense or stay with you forever. Sometimes we just need to be taken out of ourselves for a while.

Next time: “Colossus: The Forbin Project” 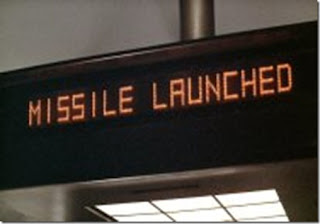 Posted by BradWeis at 3:17 PM No comments:

Review: The disturbing beauty of ‘Tatsumi’ 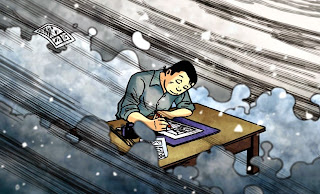 One of the most beautiful, sad, and disturbing films you may never see is Eric Khoo’s “Tatsumi.” This distinctive animated biography transcends the genre with the daring and unsparing depiction of the life and work of its subject.

The late Yoshihiro Tatsumi was a pioneer of the alternate manga genre of gekiga, a gritty form of serious graphic storytelling intended for adults. His epic, award-winning graphic memoir, “A Drifting Life,” made his body of work more visible to the general public.

Tatsumi’s landscape is a wasted one, rising with his consciousness out of the ashes of post-WWII Japan. Growing up in the shadow of his idol and mentor, “godfather of manga” Osamu Tezuka, he mastered the lighthearted and innocent style of early manga, but felt compelled to explore darker avenues. As early as 1957, Tatsumi was crafting realistic explorations of contemporary life, struggling for over a decade before gaining some popular acceptance.

Khoo’s love-letter movie was made with Tatsumi’s active cooperation, allowing him to transform some of his classic stories into film. With effective audacity, Khoo shapes his biographical tribute as an animated feature in Tatsumi’s style, interspersing Tatsumi’s own narration with five of his stories, set to motion – “Hell,” “Beloved Monkey,” “Occupied,” “Just a Man,” and “Goodbye.” These deal graphically (as you might expect) with such extremely uncomfortable subjects as incest, impotence, murder, obscenity, and exploitation.

However, Tatsumi’s work is far from gratuitously transgressive. He was a great storyteller, a master of twist and pathos. All his characters are painfully human. These are comics neither for children nor for immature adults. The same is true of the film, which hopefully will find its fans here and there.
Posted by BradWeis at 12:00 PM No comments:

The opening shots of the film start with long, still shots of an impassive-looking landscape. Cut to a road, wandering bewildered toward a village in the distance, a power line looping along beside it. Cut to rotting hulks half-submerged in the water. “Leviathan” is a visual poem that enwraps a Job-like narrative of dispossession and hypocrisy.

Gossip first. It’s easy to see why most of the big shots in Russia didn’t like “Leviathan.” It makes Russia’s Church and State, the twin props and guiding purpose of Putin, look like Hammer-horror Twins of Evil, bent on crushing opponents with a sense of being divinely entitled to do so.

Russia’s Ministry of Culture funded 35 percent of this production. The conservative political over this film, which termed it anti-Russian and unpatriotic, means that the Ministry will now impose more restrictive guidelines for funding future projects, ones that will not “defile” the national culture.

Zvyagintsev’s film is a stately examination of life in modern times that might be staged in any country where power, influence, and money make things happen. A corrupt mayor in the distant rural province of Murmansk seeks the ramshackle, ancestral home of a cranky independent handyman. The handyman’s old Army buddy, now an up-and-coming Moscow lawyer, comes to assist him. As tempers flare, the stakes rise and eminent domain is declared. The conflict spirals out of control, as individual flaws serve as tripwires for the destruction of lives.

However, this is no cynical sermon – it digs much deeper. No character is allowed less than a three-dimensional presentation, making sympathies had to place. The clear delineation and development of character here gives the film a novelistic feel. Everyone carries the seeds of destruction here, all the way down to the handyman’s rebellious teenage son. A clergyman endorses ruthlessness. Friends betray friends. The problem isn’t political – it’s personal. The cognitive dissonance is deafening.

A patient camera sets up and lets an excellent ensemble cast, including Sergei Serebryakov, Elena Lyadova, and Roman Madynov, go to work. The behavior oscillates through anguish, desire, forgiveness, rant, and drinking. Lots and lots of drinking. An amazing and endless procession of tall water glasses full of vodka kept bolting down various hatches, and I wonder if Putin was mad about this as well. (I do seem to remember some Russian friends of mine in the 1980s who did indeed drink like that, all day long, and somehow not die. I think the chain-smoking must have bolstered their immune systems.)

“Leviathan” is unwelcome to some because it is tragic. But its searing, observant honesty, rigorous construction, and luminous compositions give it the feel of a classic. Russia is now going through what American artists experienced during the late 1980s, when the National Endowment for the Arts was politicized. Or in the 1950s, during America’s Second Red Scare. Or Soviets under Stalin . . . Censorship we will always have with us. Fortunately, “Leviathan” got out before that particular barn door was closed.

Posted by BradWeis at 9:17 AM No comments: