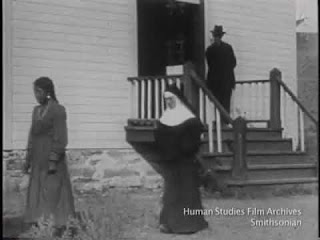 After digging into the backstory behind these films, that’s the most succinct description of this material I can concoct. It’s supposed to be documentary footage of the traditional activities of Native Americans; in fact, it’s a bunch of staged footage that reflects the fantasies of the filmmakers. It seems a peculiarly American kind of schizophrenic cruelty to make a “vanishing race” vanish, then romanticize and memorialize it. The biggest benefit of this rediscovered material might be the realizations it prompts.

Rodman Wanamaker was a Philadelphia department-store tycoon. He was into Indians and in 1908 funded this, the first of three large and fanciful expeditions to the American Northwest, to document the remnants of once-proud tribes. The man responsible was minister and self-styled Indian expert Joseph K. Dixon, who used Wanamaker’s vast resources with abandon.

The expedition settled in at the town of Crow Agency, 60 miles east of Billings, and directly and ironically adjacent to the site of the Battle of Little Big Horn. Here Dixon and associates crafted their work. There is a shot from a mission school, a depiction of bronc-busting, a horse procession, and some dicey attempts at reenactment of the Big Horn battle. (The Crow, already displaced once from their traditional Ohio-area homeland, were U.S. allies during the conflict with the Sioux, their traditional enemies.)

The results are depressing. Dixon saw what he wanted to see. Russel Lawrence Barsh has written a penetrating study of the expeditions in his “An American Heart of Darkness: The 1913 Expedition for American Indian Citizenship.” He writes:

“Dixon succeeded in collecting 34,000 feet of motion-picture film and 4600 stills. In contrast with contemporaneous work done by the Bureau of American Ethnology or pioneering anthropologists such as Franz Boas, Alfred Kroeber, and George Bird Grinnell, however, Dixon's work was maudlin, romanticized, and commercial. . . The first expedition took Dixon and his camera crew to Crow Agency, Montana, in 1908 where, with the blessings of the Indian Office, they made a silent film of Longfellow's Hiawatha with Crow Indians in the leading roles. (The idea was not original: it had been done with Iroquois actors in New York a few years earlier.) Camped ‘60 miles from civilization,’ as he later described it, Dixon ‘examined 21 Indian maidens before I got a Minnehaha that would exactly fit the part,’ auditioned ‘hundreds’ of Indians for the other parts, and ‘sent four expeditions of Indians to the Big Horn Range of mountains 40 miles away to get a deer, so that when Hiawatha came to lay the deer at Minnehaha's feet he might have a real deer.’ Rodman Wanamaker was so pleased with the results that he arranged for Dixon to deliver illustrated lectures on Hiawatha 311 times in Philadelphia and New York, where he was heard by more than 400,000 people.”

Despite Dixon and Wanamaker’s desire to make a pleasing fantasy and hammer into the skulls of America’s mainstream, ugly truths crop up. The most chilling sequence is that of a line of young Native American women, in identical, “civilized” uniform dresses, being marched out of a school by a brace of nuns. They look like prisoners. They are.

Posted by BradWeis at 8:29 AM No comments: 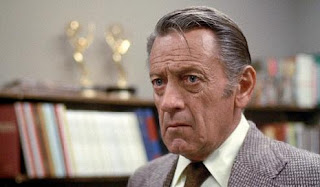 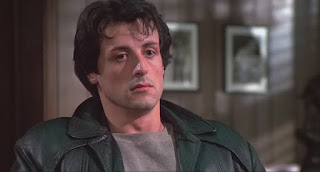 Movies were changing in a very concrete way, and the contrast between these two pictures shows us what happened.

The New American Cinema movement that began with Bonnie and Clyde in 1967 was dazzling. Thanks to uncaring parents and lax ticket-sellers, for a decade I could see a lot of things I was way too young to see over at our local Arvada Plaza movie theater, a 20-minute walk from our house. The films were revelations, difficult and strange in a way that was a lot more bracing and appealing than the kids’ movies of the day. I devoured them all without flinching.

Then came Jaws in the summer of 1975. Everyone saw it, and it became the number-one of topic of conversation until the fall; the next summer, we all went to see The Omen. These were good old genre pictures writ large, throwbacks to B movies with A movie budgets. Ten years of bold experimentation were winding down, and crowd-pleasing extravaganzas hearkening to the tried-and-true clichés of the Studio Era were in the air.

The Lakeside Twin was a very nondescript, functional duplex of a movie theater. Now that I was old enough to drive, I scorned taking girls to my childhood movie theater. At the same time, “my” car was my mother’s 1969 Volkswagen Beetle, called the Skunkmobile due to its black paint wearing off in nice, white longitudinal stripes along the top of the vehicle. The Skunkmobile did not really have any uphill power, so when I took girls out, I always had to choose places that could be reached by a level route. The Twin was far enough from home, but not impossible to get to.

I already knew about Chayefsky, one of the most legendary figures from the live TV era, which I’d just missed out on. Network was wonderful — dark and canny, relentlessly downbeat, a Swiftian scream of satire directed at TV, the medium that had propelled Chayefsky to face in the first place. It was also a classic New York film, full of tough, hyperarticulate performers not afraid to mess around with contradictions. Watching them act was just as enthralling as absorbing the subject matter. I wanted to do that. I could do that. I was going to be an actor, preferably William Holden.

(One of my favorite memories took place in the NYU dorms the night Network premiered on network television; during the famous "mad as hell" scene, everyone in lower Manhattan opened their windows at home and screamed out into the street. It was hilarious.)

Meanwhile, my girlfriend was bored. My enthusiasm for whatever film I watched has always been quite complete; I generally walk around talking like the characters for an hour or so after and require a long debriefing. Thanks to our cinephile mother, were raised to observe and analyze movies in detail.

This night, my beloved was having none of it. I looked at realized that, beautiful and sweet though she might be, she didn’t like to discuss movies and would have to go. I dumped her. (She did let me know that she had only been seeing me out of pity.)

The next week, I got up the nerve to ask another girl out, and Rocky was on the bill.

In the time long before online fan clubs and aggregation reviews, buying a movie ticket was a crap shoot. You had word of mouth and one or two newspaper reviews to go on. We were swept away by the energy and heart of Sylvester Stallone’s breakthrough effort about a boxing underdog and his girlfriend.

Now, Rocky is built on the foundations of the boxing-film subgenre, and I hadn’t watched them — Golden Boy, Champion, Kid Galahad, and Body and Soul — yet. Once I did, I realized how by-the-numbers Stallone’s script was. Here was the chipper striver, embodying the American dream by coming outta nowhere, a Cinderella boy making something of himself, and discovering the important things in life as well. It was corny, easy to swallow, easy to root for. It was a premonition of the simplistic 1980s. We bought it, but the star-spangled chauvinism would get old fast.

THAT night, my date and huddled in the car after the show as a wet snow swirled around us. Were we making out? Hell no, we were discussing the movie. We drove over to Goodberry’s at Wadsworth and Ralston for some coffee and cinnamon rolls, and we stayed together through high school.

Posted by BradWeis at 4:56 PM No comments: 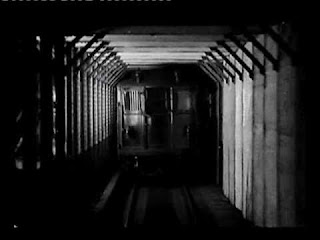 It’s hypnotic. The simple progress of a subway car uptown seems banal today, but when it opened it was a technological miracle worthy of public interest.

Many films made during the first decade of the medium’s existence were “actualities”; that is, unedited reels of documentary film that captured far-off and exotic locations. The idea that movies could annihilate the frustrations of distance was a powerful one. For a time, many customers paid for a chance to see a place they might otherwise never visit, such as the Pyramids, the Rockies, and the like.

This film documents the recently opened New York subway, following a car as it made its rattling way along the system’s new tracks, along the line of the IRT #5 line that still runs under Park and Madison Avenues on Manhattan’s east side. Capturing the images was quite a project, requiring a train holding the camera to pace the subject car from behind, along with a companion car on a parallel track pacing the subject car and illuminating it with a bank of lights.

The effect is striking, a staccato rippling of light that’s simultaneously soothing and unnerving (early travelers were warned not to look at the scenery flashing by). The effect seems like a precursor of Dada’s absurd experiments with film, or Stan Brakhage and Joseph Cornell’s 1955 collaboration The Wonder Ring, which documented NYC’s soon-to-be-torn-down 3rd Avenue elevated train.

Posted by BradWeis at 2:39 PM No comments: