From 'Senses of Cinema': Tarkovsky's 'Stalker' 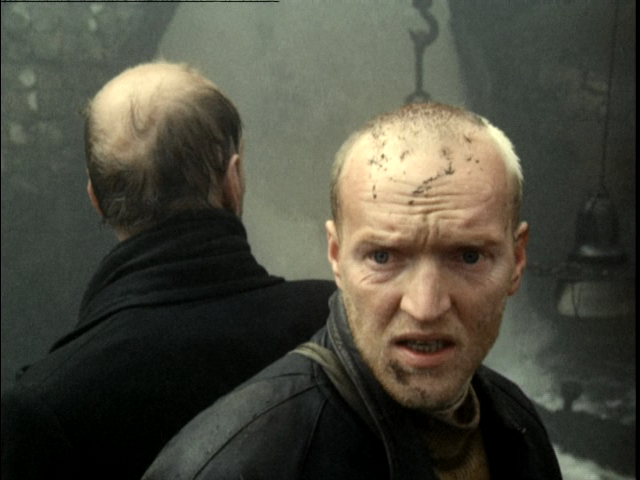 Once again, so happy to be in the pages of "Senses of Cinema"! An analysis of Andrei Tarkovsky's "Stalker," for your dining and dancing pleasure.

Posted by BradWeis at 9:17 AM No comments:

Email ThisBlogThis!Share to TwitterShare to FacebookShare to Pinterest
Labels: Analysis

Who weeps for Starman? Roots of the Japanese superhero 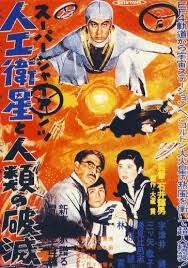 The recent death of actor Ken Utsui provoked a strong chord in my memory, although it seemed to make no ripple in the English-speaking datahive.

A little research revealed that he played the first Japanese film superhero, Super Giant (although, unlike a subgenre of Japanese superheroes to follow, he does not grow to abnormal size in time of danger). The rampant success of “Godzilla” in 1954 launched the tokustasu, or special-effects, film genre in Japan. In a series of nine sci-fi/action short features released between 1957 and 1959, Super Giant fights various baddies who seek to destroy Earth.

Utsui did not relish his time in tights. A look at him in his Starman costume – with antennaed skullcap, frilly undersleeves and touchingly overpadded crotch, it’s not hard to blame him. 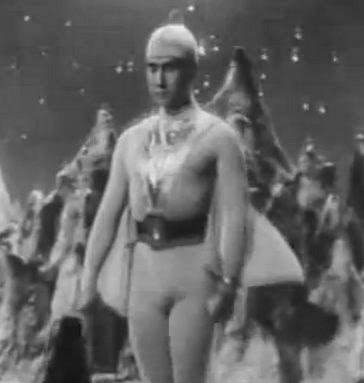 He went on to a long and honored career and steadfastly refused to discuss the role during the rest of his life.

Starman has no backstory. Unlike Superman, Batman, or the multiple neurotics of Marvel superhero-dom, he has no secret identity. In fact, he was fabricated from the strongest steel by the Peace Council of the Emerald Planet. With the “Globe-Meter” strapped to his wrist, he can fly, detect radiation, and speak and understand any language on Earth.

These movies made their way to America in the mid-‘60s. Much as the American Flash Gordon and Buck Rogers serials of the 1930s were chopped and reshaped into features, so was it with Starman. Four full-length films were cobbled out of them: “Atomic Rulers of the World,” “Invaders from Space,” “Attack from Space,” and “Evil Brain from Outer Space.” The hero – and the entire film – was redubbed. Under the name of Starman, and sporting some of the most delightfully bad overdubbing of the period, he flew across our American TV screens in all his black-and-white glory.

This was the kind of film that would invariably come one while I was home with the flu, feverish, my suspension of disbelief pushed to hallucinogenic proportions. By far the scariest point in any of these films is their openings, when we see the Peace Council. It’s an assemblage of blanking, gesticulating creatures that look like Mondrian’s nightmare, a bunch of Kachina dolls on acid. 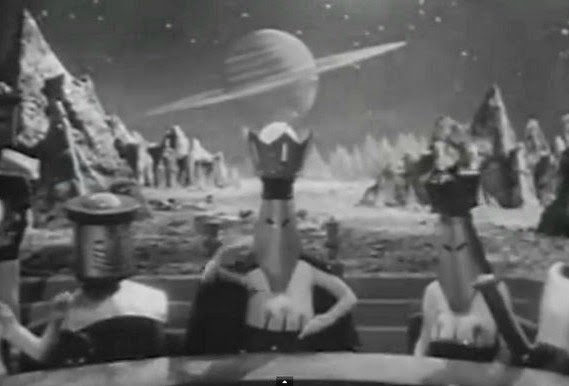 The entire vibe of the series – the silly concepts, the lack of continuity, the lazy editing, the bargain-basement costumes, the cheesy effects, the bad canned-library music that replaced the original soundtrack, and the ubiquitous presence of an annoying bunch of child characters – makes the Starman movies a campy treat. It holds fascination as the launch point for subsequent Japanese superheroes such as television’s Moonlight Mask, Kamen Rider and Astro Boy; the Kyodai (rapidly growing) Heroes such as Ultraman, and Henshin (transformer) Heroes such as the Power Rangers.

The charm of Starman lies in its insistence on transcendence, despite its lack of resources. Unlike many other low-budget efforts that have gone down the collective memory hole, Starman hangs on in the mind, if for nothing else than for its desperate energy. Utsui may have scorned his early efforts, but there’s a bit of crazy magic in it. Thank you for protecting Earth, Starman!
Posted by BradWeis at 8:17 PM No comments:

Before you get started, I mean no disrespect whatsoever. I like Bible movies! The recent release of “Son of God,” and the impending releases of Aronofsky’s “Noah” on March 28, and Ridley Scott’s “Exodus” on December 12, and the “long-awaited prequel” to “The Passion of the Christ,” “Mary, Mother of Christ,” in December as well, not to mention the little-boy-comes-back-from-death-and-affirms drama “Heaven Is for Real” on April 16, all testify to the continuing pull of Biblical narrative. 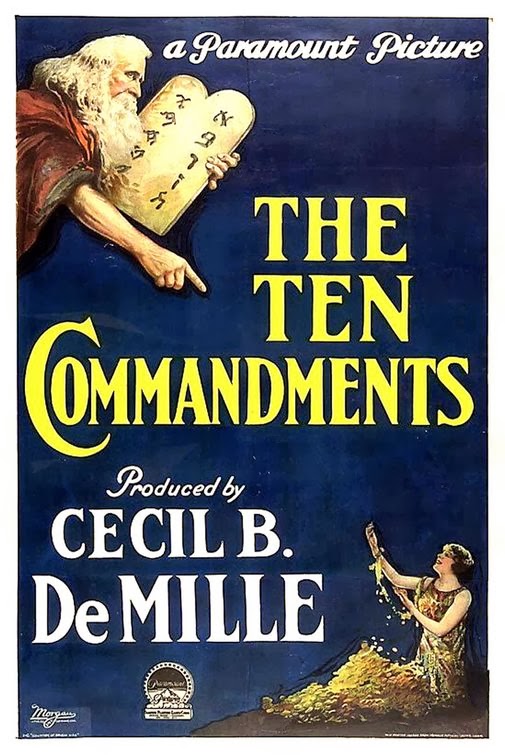 In 1949, “Samson and Delilah” was the highest-grossing film of the year, triggering an avalanche of sacred epics such as “David and Bathsheba,” “Saul and David,” “Salome,” “Solomon and Sheba,” “The Story of Ruth,” “Esther and the King,” “The Robe,” “Demetrius and the Gladiators,” “The Big Fisherman,” “Barabbas” . . . we didn’t see these in the theaters, but we were bombarded by them on network television.

As the inheritors of a dry, understated yet fervent and thoroughly judgmental Danish Midwestern Lutheranism, we knew our Bible thoroughly -- and we had little Bible comics, and little Bible picture books, and Youth Bible Illustrated. We were trained to conceive of these stories visually. Even the big old Danish Bible of great-grandfather’s was profusely illustrated with plates; most of them prints of the exquisite and vehement Dore engravings. When these writhing visions came to life in color on the big screen, no wonder we gazed amazed. 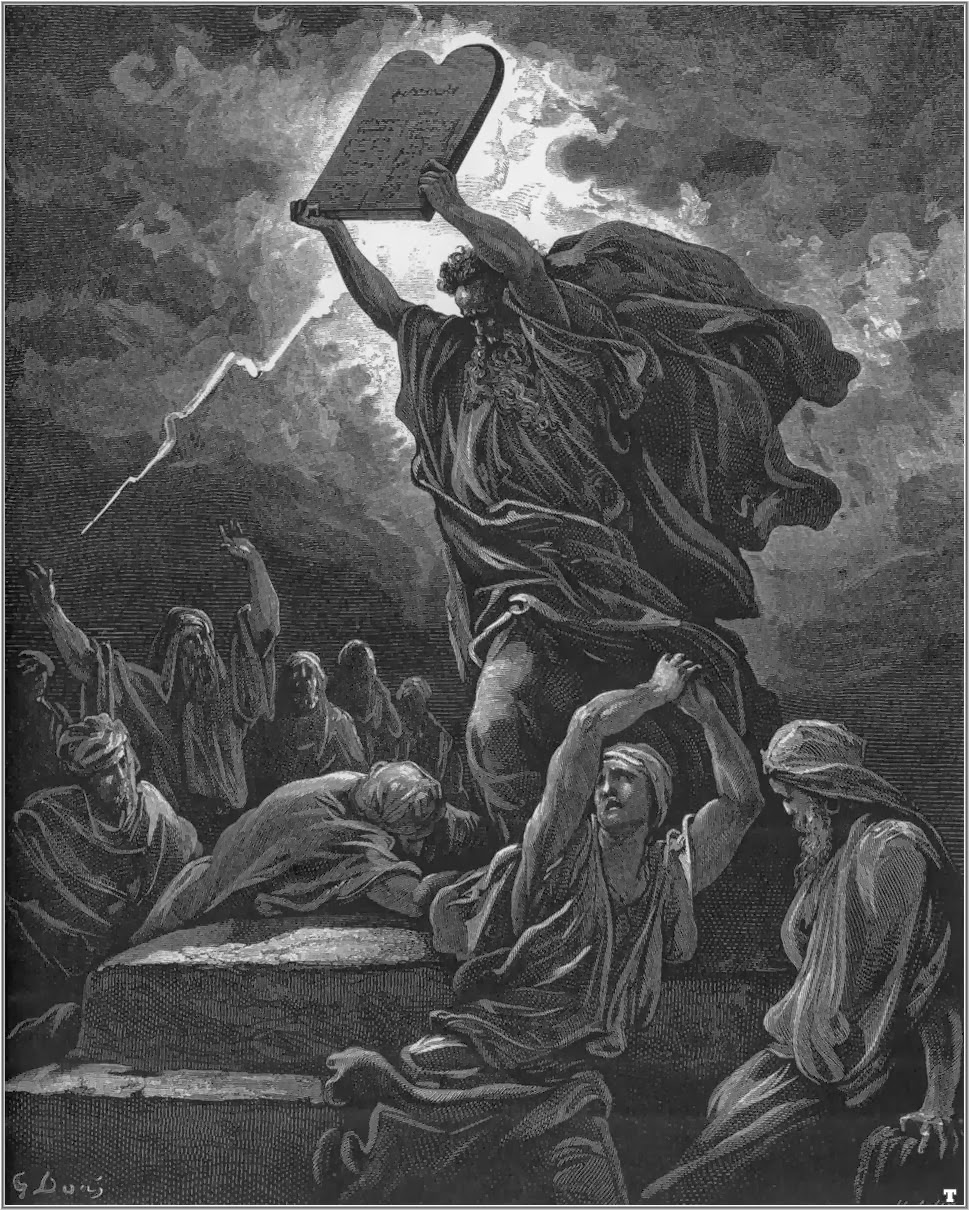 I remember being dragged to “Sodom and Gomorrah” (1963) and freaking out when Pier Angeli was turned into a pillar of salt, in Cinemascope. We were dragged to “The Greatest Story Ever Told,” featuring Max von Sydow as a melancholy Scandinavian cuss that we Lutherans could identify with; and “The Bible: In the Beginning,” featuring George C. Scott as the angriest Abraham on record. 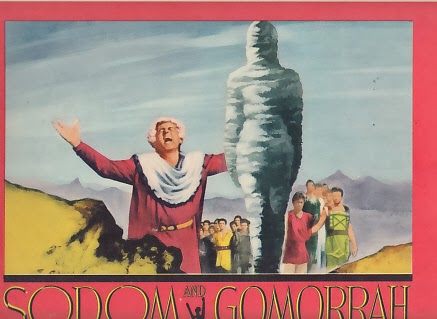 Georgetown professor Diane Apostolos-Cappadona writes that “During the 1950s and 1960s, the most acceptable cinematic path for movies to incorporate sex and violence was the biblical epic”. Amen, I can testify to that. Everyone on screen in these items always seemed to be all greased up, held together with a few thongs, and looking for trouble. Plenty of hot, heavy, and nominally not-OK behavior was lavishly illustrated. It’s the perfect catharsis – you get a bunch of spectacular sinning up front, and redemption and/or annihilation later. This resonates later in Kubrick’s “Clockwork Orange,” when Alex finds he prefers reading the Old Testament to the New in prison, as it’s much more graphic.

The admixture of high-minded piety and lowest-common-denominator spectacle confused and enthralled us. I don't judge religious film on doctrinal grounds; I judge it by how crazy things get.

We rode the surge of that ‘60s crest – naturally, as I got older, my tastes grew subversive. They tried to teach "The Bible as Literature" in high school, a cautious secular effort that met with a complete lack of success. Soon, guitar-strumming hippies were leading services. Soon, everyone in our teen groups could sing all the songs from “Jesus Christ Superstar” and “Godspell.” Soon, however, we could also sing all the songs from Zoso.

When “Life of Brian” came along, we were ready for it. “Last Temptation of Christ”? Couldn’t sleep for a few nights after, but I got through it. (Thus my aversion of “The Passion of the Christ” – gotta pass on the gore.) I still enjoy other comic takes such as the Hannum Brothers’ “The Real Old Testament,” or the appearance of Sexy Jesus, inexplicably, in “Hamlet 2.” (I will never be ready for “Wholly Moses!” again, though. No one should be.)

We still know every line in “The Ten Commandments” and “Ben-Hur.” Try us. “Prince of Egypt”? Thanks to the kids, I almost have all the tunes down from that one. And I have to say, my top Jesus is Robert Powell in “Jesus of Nazareth.”

Ted Neeley, you were SO CLOSE!

Posted by BradWeis at 4:44 PM No comments: