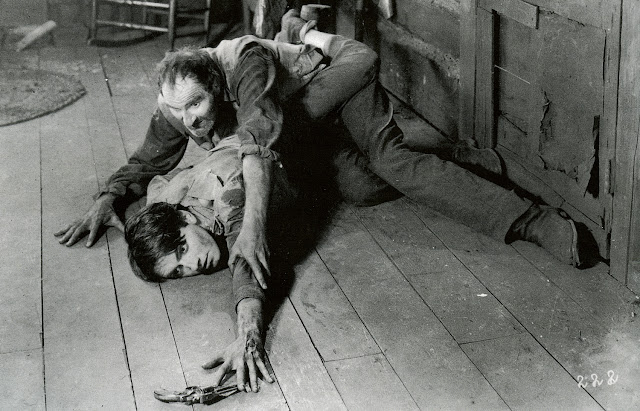 Henry King’s Tol’able David (1921) is a parable on film. It’s positively folkloric, the tale of a youngest child’s unexpected success and maturation, like an all-American Grimm’s tale. This easily relatable story was a great success, furthering a string of hits for its star, Richard Barthelmess.

Barthelmess was already popular and acclaimed for his work in movies such as D.W. Griffith’s Broken Blossoms (1919) and Way Down East (1920). This was the first film that Barthelmess produced, for his new production company Inspiration Pictures. He was a star, and Tol’able David made him even more of one. He had the power to choose his material, and until he stopped playing leads in the early 1930s, he often played in controversial and challenging films such as The Cabin in the Cotton (1932) and Heroes for Sale (1933).

In the film he plays the merely “tol’able” teen of the title. He lives in rustic peace in rural Greenstream, a kind of sanitized and sentimental sanctification of the common country American experience. Viewers included many still on the farm, as well as those who sprang from and could remember the same.

David is first seen dreaming over an illustrated Bible containing the story of David and Goliath. He is the youngest in the family, living with his father and mother, and older brother and his wife and their newborn. The older brother drives the horse-drawn hack that delivers travelers and goods from the railroad to the general store in the middle of town. The most important duty of the driver is to carry the mail, seen almost as a sacred duty. David dreams of driving the hack himself, but is routinely put down on account of his age.

He is foolishly fond of the girl next door, Esther, but their story is interrupted when three bad men come to town. They are cousins of Esther’s father, three crooks on the lam from the law. Crude and bullying, they take over Esther’s house. The worst of them is played in a hulking fit of sheer menace by Ernest Torrence, who would later show off his comic talents playing Buster Keaton’s father in Steamboat Bill, Jr. (1928).

One could not ask for more of a melodrama. Torrence’s character wantonly kills David’s dog, and cripples his brother. David’s father dies as a result. David longs for revenge, but must abandon it when pled to by his mother. He takes care of the family by working at the general store. 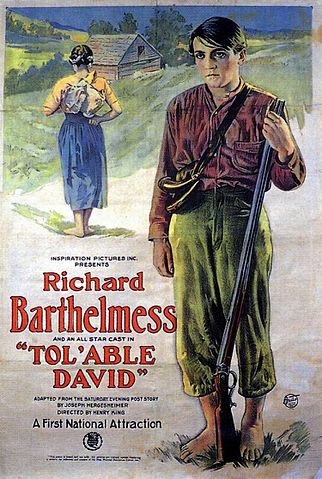 The day comes when David must drive the hack, and he loses the mail on his way home. Torrence’s character grabs it, and David must confront all three bullies in order to meet his responsibility. The justifiable-vengeance trope, long a theme in Westerns, is played hard here.

Director King keeps things simple. The villains are subhuman, the hero is pure, the setting idyllic. This brand of Americana, as it came to me known, would make up a considerable part of studio output as the years passed. King would capture little moments perfectly -- a leering look from Torrence, or David shyly dancing with himself as we see the couples whirl inside the hall. King builds characters out of many small observations, providing a much richer feeling for the material.

The NFR is one writer’s attempt to review all the films listed in the National Film Registry in chronological order. Next time: Buster Keaton’s ‘Cops’.

Posted by BradWeis at 3:48 PM No comments: