The NFR Project #11: 'Life of an American Fireman' 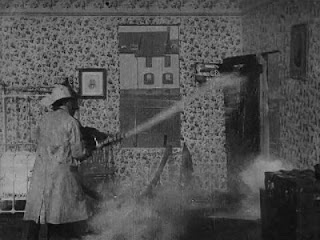 The first original narrative film in America . . . was plagiarized, of course. Nonetheless, it serves as the starting point for the generation of ideas that would lead to full-length stories on film.

Edwin S. Porter is best known as the director of The Great Train Robbery, but he filmed Fireman before it. It’s a rip-off of, or “tribute” to, English filmmaker James Williamson’s Fire! Of 1901. Plagiarism ran rampant in the film industry of the time (as it still does), as pioneers searched for stories and formulas that would make money.

In this case, what could be a better choice for a visual medium than the excitement of a fire, and easier to film? Amateur and professional firefighting companies were prominent sources of civic pride at the time. The heroics of firemen made them larger-than-life figures, and their aggressive, macho ways created a “Bowery b’hoy” subculture that dominated the rough-and-tumble New York City of the early 19th century. In theaters, a series of plays about the rough but sentimental Mose the Fireman drew consistent crowds of rowdies, such that theatre was considered suitable only for men for decades in the city.

So, firemen were ready-made heroes, and the charging teams of horses pulling pumps and hoses to the scene were perfect for the camera. Porter freely mixes staged, “narrative” shots and outdoor, “documentary” shots, bestowing verisimilitude to the stagey scenes and giving the “actuality” footage context and narrative heft.

The opening scene is a trick, split-screen shot. We “read” the shot from left to right, as a fireman in a firehouse sits and indicates he is “thinking,” as the vision of a mother and child going to bed fade in and out on the right. Is the fireman thinking of his own family? Is this a premonition? Foreshadowing?

We fade immediately into the picture of a fire call box. (Porter uses dissolves, not sharp cuts.) Someone rings it, we never see who. We are treated to very functional, straightforward scenes of firemen suiting up, sliding down the firehouse pole, harnessing their teams. A long, continuous shot shows an array of fire equipment coming at a slant past the camera, from right rear to left front, an old Lumiere trick that emphasizes the speed and changing size of the approaching vehicles.

The fire and rescue and then shot twice, once from the interior perspective and one from the exterior, the actions matching as closely as possible. What’s so frustrating here is that all the elements are in place for parallel editing — the cutting back and forth from different perspectives to create a narrative. In fact, for many years scholars thought Porter had invented that with this film, as someone later took the footage and cut it together in precisely that way. It took an examination of the film’s paper prints in the Library of Congress to dispel that myth.

The NFR Project is an attempt to review all the films listed in the National Film Registry, in chronological order. Next time: D.W. Griffith invents the gangster film in ‘The Musketeers of Pig Alley.’
Posted by BradWeis at 12:00 PM No comments:

The NFR Project #38: 'In the Land of the Head Hunters' 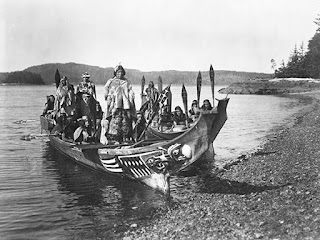 Edward S. Curtis ran a race to document and preserve Native American life before it vanished. The self-taught, profoundly gifted portrait photographer won prizes wandered into an association with scientists who hired him to document their expeditions. This opportunity led to his nomination by industrialist/philanthropist J.P. Morgan to produce a massive study, The North American Indian, which appeared in 20 volumes between 1907 and 1930.

Although he employed numerous assistants to collect, interpret, and record data, Curtis himself recorded more than 10,000 wax cylinders of Native American speech and music, and took more than 40,000 photographs of his subjects. His efforts bankrupted him, caused his divorce, alienated him from his family, and led to his selling off his work at rock-bottom prices.

A self-educated ethnologist of the highest degree, he proved again and again incapable of monetizing it. While studying the Kwakiutl tribe of British Columbia, he got the idea of creating a feature film, interweaving documentary-style recreations of tribal culture with . . . a romantic plot. The result is In the Land of the Head Hunters.

The idea of combining “genuine” footage of aboriginal people with a concocted plot was common at the time, used previously in films such as White Fawn’s Devotion and Hiawatha, and more were on their way. These early docudramas were compromises between the desire to capture authentic images and the fear that a narrative was needed to keep audience engaged with the movie. The results were mixed – films like Nanook of the North and Chang were praised, most others were mish-moshes of plots lifted from European romance and fairy tale. All these films were marinated in sentimental regret, ironic mourning for the cultures that technology was destroying.

Curtis was different. He didn’t condescend to his subjects, and his portraits of them – some of the best portrait photography of all time – clearly communicated his respect for them. The imposed love triangle plot in Head Hunters is clumsy, but it chains together the non-narrative patches adequately.

Again, Curtis was wrong about the money end of things. He spent $20,000 to produce the film; it only made $3,269.18 on its initial release. The film was lost for decades, until a single damaged print was fished out of a dumpster and donated to Chicago’s Field Museum. A reconstruction took shape in 2008. What remains to be seen are 40 intermittently fascinating minutes. The melodramatic, fictional parts are tiresome but the depiction of beautiful, intriguing rituals, dances, clothing, ceremonial architecture and more (all forbidden by the Canadian government as part of their assimilation plans for their indigenous citizens, and so trotted out happily by the participants) are fascinating in and of themselves.

An unintended but most vital side effect of efforts such as Head Hunters has led to the recovery of some tribal language and culture by the descendants of the subjects of study.

The NFR Project is an attempt to review all the films listed in the National Film Registry, in chronological order. Next time: ‘Mabel’s Blunder.’
Posted by BradWeis at 12:00 PM No comments: 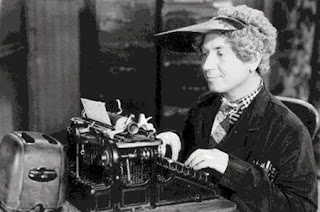 Every year around this time, the Library of Congress announces 25 new selections to join its roster of "culturally, historically, or aesthetically significant" films on the National Film Registry. The total number of films on that list now stands at 700. I am on entry number 31 in my attempt to see and discuss all the films on that roster in chronological order. 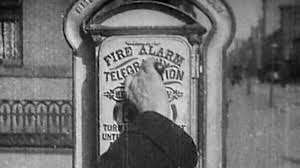 No, actually. Nor am I daunted by Daniel Egan's excellent 2009 reference America's Film Legacy, which covers the same ground and which I discovered to my temporary dismay after I started the project in 2011.

I decided to press on, as I found that there was room for more than one voice on the subject, and mine is much more informal, irreverent, and opinionated (and uneducated). In short, I am still having a ball, learning as I go, and enjoying sharing what I find out with you. I hope you are enjoying it, too, and that this can be slapped into a more permanent form someday.

Meanwhile, here's a link to an excellent writeup in Deadline about the new entries. In effort to keep the chronology straight, after today's pending installment (Edward S. Curtis' 1914 In the Land of the Head Hunters), I will backtrack and treat two new additions to the roster that predate it -- Edwin S. Porter's 1903 Life of an American Fireman and D.W. Griffith's pioneering gangster film, 1912's The Musketeers of Pig Alley. 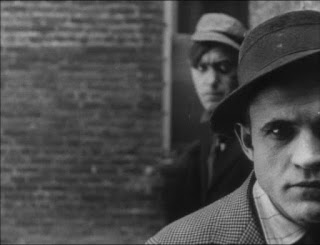 So, on we go . . . send questions, suggestions, and whatever money you have laying about. You may also want to track my parallel series on the National Recording Registry, which can be found at my brad-weismann.com site. Thank you!
Posted by BradWeis at 10:51 AM No comments:

Kirk Douglas – the movies you need to see 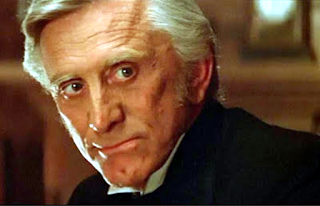 I say better a tribute now than a eulogy later. Kirk Douglas is 100 years old on Dec. 9. Happy birthday, sir! Plus I just found out he goes to a Conservative shul, so we have literally been on the same page for years. Nice to know.

You always know what you’re getting when Kirk Douglas acts. Intense is an understatement. He is so very strong and direct, and was for years was the cinematic go-to guy for anguished, angry parts. A kid from the slums, he hustled all his life and it shows. His need to be watched, to be heard, is a need for validation, and he employs charm, ruthlessness, and energy to get it. He was never afraid to play a heel, and most of his great roles are tragic ones -- a dark edge for a leading man that prefigured the alienated film antiheroes of the 1960s. In his quiet moments onscreen, he lets the vulnerability show through. The tension between the active and resting states of being Kirk Douglas give him texture and depth in performance.

Of course, he’s easy to parody. A lot of people don’t like his work, calling it over-the-top and one-note. But hey, at his worst he holds your attention -- and from the 1970s on, he is primary reason to watch most of the poor film vehicles he’s in. And he could surprise you. Hell, the first thing I saw him in was 20,000 Leagues Under the Sea, in which he SANG!? For years after, when I saw him in a movie, I always wondered, “Why don’t they let him sing?” (And he could poke fun at himself -- check out his SNL sketch “What if Spartacus had a Piper Cub?” sometime.)

So, anyway, here's a dozen of my favorite Kirk Douglas films.

Out of the Past/Dir: Jacques Tourneur/1947

The Bad and the Beautiful/ Dir: Vincente Minnelli/1952

Lonely Are the Brave/Dir: David Miller/1962