alome is an odd duck, a hothouse flower among the more vigorous films of its time.

It was the independent project of its star, Alla Nazimova, who was a widely admired theatrical performer in the early years of the 20th century. Nazimova was renowned for her truthful, naturalistic acting style, learned from the great Constatin Stanislavski himself in Russia. In 1905, she moved to America where she ruled the New York stage in plays by Ibsen and Chekov. She was a latecomer to film, not going to Hollywood until 1917. Once there, she commanded prime roles and a high salary, but she soon went her own way as an independent producer and filmmaker.

Unfortunately, her artistic vision did not bring commercial success. Salome is based on the play by Oscar Wilde, concerning the beheading of John the Baptist. In the story, King Herod and his spiteful wife Herodias hold sway at a feast. The prophet John the Baptist, who rails against the decadence and sinfulness of Herod’s court, is imprisoned in a well nearby. The young princess Salome is intrigued by the man of God and seeks to seduce him, but is repulsed. Finally she dances for her lustful stepfather Herod in return for anything she pleases. She chooses the head of the prophet, triggering her own doom. 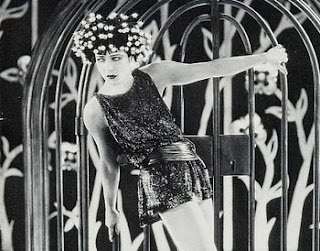 The film’s setting is not realistic. It is stylized in the manner of Art Nouveau, specifically the art of Aubrey Beardsley, who illustrated Wilde’s play before his untimely death in 1898. The costumes and art design were by fellow Russian émigré Natacha Rambova. The result is a film that looks like a slice of avant-garde theater.

Despite its visual innovation, the movie fails to involve. The acting is overwrought. Nazimova, 43 at the time of filming, plays off as more of an imperious middle-aged women than a precocious nymphet of 14. Salome remains an interesting failure.

The NFR is one writer’s attempt to review all the films listed in the National Film Registry in chronological order. Next time: The Navigator (1924).