What's up with DC Studios? 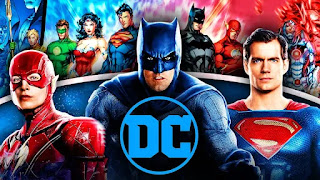 Superhero movies are still the rage, despite growing genre fatigue on the part of audiences and critics worldwide. These films are incredibly popular, and profitable. So talk of their success or failure is relative. They are not doing poorly, and they have created an immense and crowded industry to craft them.

Not so with DC Studios. Those responsible for the cinematic careers of Superman, Batman, Wonder Woman and the rest have a much shakier record. A greater percentage of their films has done poorly. More than once, a corrective recut of a flawed film has been reissued. In fits and starts, actors have been shuffled in and out of iconic roles. Entire films, basically completed, have been scrapped (OK, a bit of a familiar story in Hollywood). Why are its superhero movies so problematic for DC?

It wasn’t always so. In the pre-CGI era, DC led the way, and produced iconic superhero films -- the original Richard Donner Superman and Tim Burton’s two Batman films, as well as Christopher Nolan’s Batman trilogy. But then there was Superman Returns, an aborted attempt to reboot the series that was later recasr as an homage sequel to the original two Superman movies. By that time, computer-generated imagery developed, allowing filmmakers to create visuals that could match the most extravagantly imagined superhero stories.

We dwelt in a singular narrative DC timeline from 2013’s Man of Steel through the recent, disappointing Black Adam -- the so-called Snyderverse, named for DC director Zack Snyder (some of the groundwork can be credited to Nolan and his frequent collaborator, David S. Goyer). Now, the Snyderverse is dead. James Gunn and Peter Safran are in charge now, and are developing a new slate of DC films, rebooting the narrative yet again.

A few films are nearly complete and scheduled to be screened in the near future -- a Flash film, and sequels to Aquaman and Todd Phillips’ dark Joker. But the new direction or directions the studio may move in are unclear. There’s plenty of speculation on the part of fans and people in the industry as to what will come next and in what form. Why is there so much confusion?

I get the feeling that the enormity of the responsibility for bringing in a successful superhero film has intimidated rather than empowered the creative powers that be at DC. In contrast with Marvel’s lighter touch, DC’s films seem grim and grandiose. There is an odor of sanctity about the intellectual property involved, as though the reputations of Superman, Batman and the rest were too weighty to be trifled with. (Admittedly, DC has skewed darker over the decades.) Despite the astounding visuals, the plots stagger, the characters are flat (something Marvel struggles with as well), and the action leaks out through the seams. There are sweat stains on DC films.

There is something lacking in creative work that rises from trepidation instead of enthusiasm.

It remains to be seen in what direction DC will head off this time. Interestingly, the silliest and most relatable of the DC heroes, Shazam! (aka the old Captain Marvel) returns in Fury of the Gods on March 17. In it, young Billy Batson, like us, is astounded by his transformation into the aforementioned, lightning-emblazoned superhero. Can DC astound rather than stupefy? We shall see.