The NFR Project: 'The Four Horsemen of the Apocalypse' and Valentino 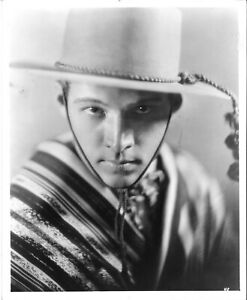 It is interesting to note how cultural artifacts age. Some stay front and center in the collective memory; a vastly greater number vanish or hide in plain sight. The latter is the case with The Four Horsemen of the Apocalypse, an anti-war epic that out-earned every other film at the 1921 box office. If it is remembered at all, it is for the fact that it made a star of Rudolph Valentino.

The film is an adaptation of the popular 1916 novel by Spanish writer Vicente Blasco Ibanez. It’s the story of two related families who find themselves on opposite sides during World War I. The movie starts in the pampas of Argentina, where a ruthless cattleman establishes an empire. He has two daughters. One marries a Frenchman, the other a German. After the paterfamilias dies, both families move to their husbands’ respective countries of origin, setting up a situation in which their sons destroy each other on the battlefield.

It was thought to be too difficult to turn into a film, but screenwriter June Mathis pulled off an engaging adaptation, which led her to spearhead the project. She selected both the director, Rex Ingram, and Valentino, a handsome young Italian dancer who had only played bit parts to date.

In this film, he plays Julio Desnoyers, a pampered playboy who thinks little beyond his own desires until he is shamed into serving in the military. Why was Valentino such an icon? He was conventionally handsome, but not extraordinary. The key to Valentino’s appeal was his vulnerability. In an age when the ideal man was strong and emotionally unavailable, Valentino' doe-eyed sensitivity appealed strongly to women and made him a screen idol. Soon he was labeled as the Latin Lover, and was stereotyped as such for the rest of his short career (he died at age 31).

Four Horsemen’s powerful anti-war message resonated with filmgoers. America had been most reluctant to get involved in the conflict, overcoming its isolationist sentiments with the help of massive amounts of government and media propaganda. The World War was cast as a messianic struggle for freedom and human decency — a “war to end all wars.” (D.W. Griffith’s 1918 Hearts of the World was the first to depict German troops as despoilers; Four Horsemen also demonizes them.) Despite America’s decisive intervention, many still fought the idea of such foreign entanglements, especially those that cost American lives.

The film’s 1993 restoration, complete with frame tinting and a new musical score by Carl Davis, is a delight. The film’s production design is lavish, and the action tends to overcome a plethora of long and complex explanatory intertitles. The bravo set piece of the film is a nightmarish fantasy of the unleashing of the Horsemen — Pestilence, War, Famine, and Death. The reference crops up again and again, culminating in a final scene in which the survivors mourn Julio at the bottom of a steep ravine crowded with the graves of war dead. “Peace has come — but the Four Horsemen will still ravage humanity — stirring unrest in the world — until all hatred is dead and only love reigns in the heart of mankind.”

The NFR is one writer’s attempt to review all the films listed in the National Film Registry in chronological order. Next time: Chaplin’s ‘The Kid.’