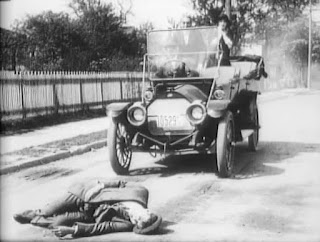 She had signs up around her studio that said, “Be natural.” Alice Guy (1873-1968), the pioneer film director, writer, and producer is lauded primarily because she was the first and one of the most prominent women filmmakers in history.

She was resurrected, appropriately, on the strength of her own words. She wrote her autobiography in the 1940s, but it was not published until 1976, eight years after her death. Her daughter worked to get it translated into English a decade later. “The Memoirs of Alice Guy Blach” inspired many to corral and examine her work.

She has 433 directing credits in IMDb, but film scholar Margaret Hennefeld pegs the total at more than 700; one tally asserts that she made more than 1,000, including 22 feature films. Approximately 350 survive.

After a money-making decade as writer, producer, director, and chief of production at fledgling studio Gaumont in France, she moved to New York and, three years later, did the same at Solax Studios. From October 1910 to June 1914, first in Flushing, Queens, and later at Fort Lee, New Jersey, where a surprising 14 film studios were located during the period. She supervised approximately 325 film there, directing between 35 and 50 herself.

This representative short shows off a style utterly unlike that associated with earl film comedy – the grimacing and mugging, jerky pantomime, and frantic slapstick that Mack Sennett was just now concocting on the West Coast. Guy seems to be the first director to understand how film accommodated a completely new, subdued, more reactive style of acting.

Hennefeld terms this a “marital chase” film, citing a few precedents films using the plot device, and noting its resemblance to its more famous descendant, Buster Keaton’s 1925 feature “Seven Chances.” The story here is traced explicitly through tile cards that set up each sequence.

In this, the young stockbroker hero (we can see the steeple of Trinity Church in the background through his office window, telling us in elegant shorthand that he works in the lower Manhattan financial district of the day) loses all his money in the market. He visits his girl, tells her the bad news. She offers him her funds; he refuses, she cries, he leaves. It’s absolutely naturalistic, compared to silent fare to this point.

Guy invested thought and time in creative camera setups that others would have shot head-on, knees-up in the style later called derisively “the American shot.” She positioned the camera in efficient, non-standard ways that emphasized characters working in depth, moving on multiple planes, and making the front-to-back angled crosses that John Ford would be noted for later, movements that give the screen more dimension.

The girl concocts a scheme to force the hero to marry her, sending him a telegram informing him that he will gain a fortune if he marries before noon that day. For the first in this list of films, here is a female character who is active, a catalyst. In fact, she’s smarter and more practical than her beloved, a modern-day Rosalind.

He receives the wire at 12 minutes to noon, and begins frantically proposing to any woman he runs across. He tries a scrubwoman, a plain lady (who faints), a married woman, and a black woman. Thankfully, the last is portrayed by an actual African-American woman who does not act in stereotype, but the message is still clear – not appropriate. (This concept of “miscegenation,” the relationship of two people with different racial backgrounds, is still entertained by many in private.)

These bits are intercut rhythmically with the girl, who meanwhile hijacks a minister and speeds via auto to her boyfriend’s side. (Lovely traveling shots give a great kinetic, careening sense of urgency to the film’s second half.) Boy and girl miss each other. The boy lays down in the road in front of a speeding car at a minute to 12, tempting death. Fortunately, it’s the girl’s car, which halts in time. They wed, as a steamroller blocked behind them hoots and whistles --

She drives up, they wed, and all is well, save for the steamroller behind them, the raucous whistles of which serve as an impromptu, discordant trumpet to herald the occasion. She gets him home and confesses the deception. He tries to leave, and she grabs his hat

She confesses the deception, he tries to leave, and she grabs his hat (read into that the symbolism you will). After a mild tussle, he relents, they embrace. It’s a playful, warm ending to a quirky, cute little comedy. Alice Guy set an example of how to make touching, humorous portraits of relationships that the mainstream wouldn’t catch up on until Ernst Lubitsch made “The Marriage Circle” 11 years later.

The NFR Project is an attempt to review all the films listed in the National Film Registry, in chronological order. Next time: ‘Preservation of the Sign Language.’