A dummodest proposal: how to save the movies 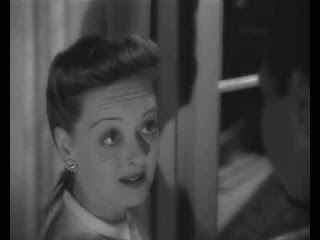 You have very few choices left to make to draw people to movie venues. There is no genetic imperative that drives people to movie theaters. We've only been doing it for 120 years. We didn't hang on to our party-line dial phones, and we don't have to sit together in the dark to watch something. We just don't.

Should we because it was conceived to be received that way? Nickelodeons were literally that -- for five cents you peeked through a visor at the loop of film. Arguably, we're getting back to the origins of cinema. No -- stuff made for a large field of vision follow a certain set of aesthetics by necessity. (If it doesn't have that certain movie-ish zing to it, it's TV in movie house.)

Anyway, you can A. Give them something they can't get anywhere else -- good luck in this digital era. Four years ago, I saw a film at a film festival that was on the shelf at the local library. I was shocked then, but now it happens all the time.

However, in some cases the stock of seeable films has shrunk,oddly, and future releases of physical product such as DVDs that one can keep and examine like any other work of art are doomed. It is always a struggle to save and restore films, and to find ways to project them properly, or even just to ferry it over to a new medium, however imperfectly. The canonical wonders we were brought up on during the great European/American New Wave are surprisingly forgotten, because they don't live via a repertory parlance any more. The democratization of the means of production has not meant much economically, save for more visible Exceptions that Prove the Rule. And there's continents full of people that are making films that we hear nothing about. Good movies slip by all the time -- how is the exhibitor to find and promote same, with no profit margin to speak of?

B. Go full analog. Live theater, of course, owns this forever, but movies can use it too. In the Denver/Boulder region, where I live, Davy B. Gravey's Tiny Cinema, for instance. The silent films with live music at Chautauqua. Friday Night Weird at Boedecker. The 88 Drive In. The constant stream of treats via Pablo Kjolseth at IFS or the folks at Sie Film Center at DFS. The film festivals. Live people. Emphasize the human, social aspect of it, have fun, make it an event. Do more preshow curtain speeches about the films, as they do classical concerts. Be as live as you can.

C. Enable the spectator to become the participator. Create a community. Teach people how to teach themselves more about cinema. Nobody knows. I and my friends who know the standard canon of films walk around the like survivors in 'Fahrenheit 451,' whispering things to each other like, 'Oh, Jerry,, don't let's ask for the moon. We have the stars!' EDUCATE THE CUSTOMER. Context. We need context.

D. Promote the living beejeesus out of it. Do that all day long, every day, as long as the screenings last. And when they are not. Be a resource, a reference, an ombudsman. You cannot let up. It can be silly, lo-fi, digital, I don't care. Maintain a heartbeat.