Chang Cheh is missing: searching out a great, little-known director 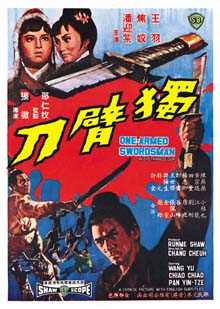 We all know who Bruce Lee is, and Jackie Chan. The cinematically literate Americans know of Chinese directors who have made it big in Western markets -- Ang Lee and John Woo.

But who the hell is Chang Cheh? 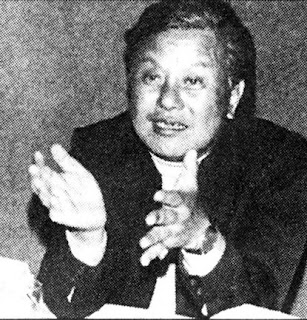 Sometimes called the “godfather of cinema,” Chang Cheh (1923-2002) was a driven, prolific and stylish filmmaker who spent the bulk of his career with the (in)famous Shaw Brothers Studio. He racked up 95 credits as a director over the course of 43 years – and an astonishing 70 films in 15 years. His work in the genres of wuxia (swordplay) and wushu (martial arts) films helped to promote the eventual crossover success of such movies in Western markets.

Yet it took a combination of happenstance and research back through his layers of influence to find out who he was and what he did. Working in reverse, judging from clues of influence and mentions of dedication (that ultimate cinematic magpie, Quentin Tarentino, gives him a dedicatory shout-out at the end of “Kill Bill Vol. 2”), I found that his work was a wellspring that finds echoes in the work of many.

Before the emergence of Chang Cheh and fellow director King Hu, the swordplay and martial arts genres were relegated to B-movie status, whether they were made in any of the three centers of Chinese filmmaking – the Communist-controlled mainland, , or . These productions were formulaic, staid, and plodding, although they attracted a loyal enough following to sustain them. A 99-film (!) series about legendary physician/revolutionary/martial artist/folk hero Wong Fei-hung, starring Kwan Tak-hing, played out on screens across between 1949 and 1970.

Then, in 1966, King Hu’s groundbreaking “Come Drink with Me” infused the genre with top-notch cinematography, wide-screen sensibility, innovative fight choreography, and a fresh approach that allowed for depth and complexity in characterization and plotting.

Hu quickly jumped the Shaw Brothers ship and went on make other classics in the genre such as “Dragon Gate Inn” and “A Touch of Zen,” but his output became sporadic. Chang, however, who had already written and directed plenty of actioners for Shaw, raised the ante with 1967’s “One-Armed Swordsman.”

Taking his cue from the success of more graphic and cynical styles in contemporary Japanese samurai film and spaghetti Westerns, Chang created a film that questioned rather than affirmed the social order. His films ramped up the violence and bloodshed, creating a “bucket of blood” reputation for Shaw films that was decried in the West but sold tickets everywhere else. Unlike Hu, Chang pushed women almost entirely out of his pictures, focusing on male bonding and physiques and the concept of “heroic bloodshed.” (Chang’s purported homosexuality is often, seemingly knee-jerkingly cited, as an influence in this.)

In “One-Armed Swordsman,” Chang made a superstar of former swimming champion Jimmy Wang. Wang plays a disciple of his adoptive father, who heads the Golden Sword school. Wang’s father died protecting the master, and the son inherits only his father’s broken sword.

Continuing the castration metaphor, Wang’s sword arm is later lopped off by the master’s petulant daughter, and our hero is rescued and healed by a simple farm girl, with whom he falls in love. Conveniently, she possesses a revolutionary training manual that was half-consumed by fire . . . leaving only exercises for the left arm. Now Wang’s lack becomes an asset, and his father’s stunted weapon becomes the perfect tool with which to dispense bloody justice.

Meanwhile, a rival sect develops a “sword-lock” that neutralizes the expertise of the Golden Sword school, and the villains behind it use it to decimate the master’s legion of students. Chang presents the dominant order as one unable to adapt to change; even after ample demonstration of the sword-lock’s dominance, the Golden Sword fighters continue to attack in the same way, dying in heaps.

Out of necessity, Wang transcends his master’s technique and saves the day – only to reject society at film’s end and return to his idyllic rural life with his beloved. This blatant rejection of the status quo, expressed with vigor and style, broke open the floodgates and released the genre’s inherent possibilities.

Two key values that Hu and Chang shared were this: the staging of fight scenes as a kind of violent ballet, and a combination of visceral and fantastic elements. Grit and vision coexist most happily in Chang films.

Chang said, “’Martial chivalry’ films were an old Chinese genre. They showed swordplay for its own sake. But King Hu and I set out to make more of fight scenes. We tried to make the fights express ideas and themes. Realism didn't come into it. We explored our fantasies.” The genre could now accommodate thematic weight and vibrant camerawork.

But whereas Hu is more of a conscious aesthete, shooting primarily on location and composing frames with the attention to detail of a Ford or Lean, Chang is a crowd-pleaser. He stages his dramas in the studio, not only to meet the tremendous out put the Shaws demanded of him, but to control the plastic elements of the film to an incredible degree.

Where Hu hides figures in the frame, uses elliptical cuts and relishes ambiguities, Chang stays a crowd-pleaser. He shoots his fight scenes with a stationary camera and so that full figures are seen, much as Fred Astaire insisted his dance sequences be shot. (Chang’s long-time fight choreographer, the legendary Lau Kar Leung, went on to direct and appear in some of the genre’s best films, including “36th Chamber of Shaolin” and “Drunken Master II.”)

Combined with a strong sense of color, Chang’s films resemble nothing so much as Vincente Minnelli’s Technicolor extravaganzas such as “The Band Wagon” and “An American in .” The strong, simple values and archetypes Chang adopted served him well during his incredibly busy career.

Chang’s influence has percolated into the work of succeeding generations. Chang’s assistant director for half-a-dozen films was John Woo, and you can see Chang’s doctrine of balletic violence and noble, self-sacrificing bloodshed translated into the urban thrillers that Woo produced with seeming effortlessness (“A Better Tomorrow,” “The Killer,” “Bullet in the Head,” “Hard Boiled”).in the 80’s and 90’s.

It’s exceptionally difficult to find copies of many of Chang’s movies. There are three factors at work here – the continuing reluctance of Shaw to release its lucrative catalog, the poor preservation of much of Chang’s output, and the lack of international recognition, which might spur a revival of interest. To date, I have tracked down and seen only about 10 percent of his work.

There is yet to be a coherent and comprehensive assessment of his work, at least in English. You can find a nice capsule biography of him here at Senses of Cinema; embedded below is an interesting if short documentary found on YouTube.--

As much as we would like to think of the digital age as unlocking our access to anything of value ever created, our ignorance of the wide, wide world of cinema is still breathtaking. Over the course of only 116 years, millions of films have been made. Like Borges’ Library of Babel, we could wander through these for an entire lifespan and not put a significant dent in them. Hopefully, circumstances will accord me and others more than just a glimpse of the elusive Chang Cheh. 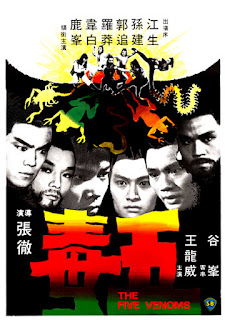