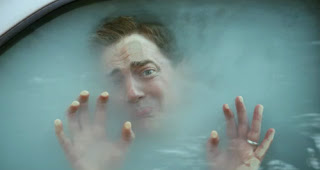 Whatever you do, don’t fall asleep. At either of these two movies, I mean.

OK, kids, this is the last week before the surging slate of summer movies comes our way – “Iron Man 2,” “Robin Hood,” “Shrek Forever After” . . . so we are given a palate-cleansing duo of duds this Friday.

First off, there’s the reboot of “Nightmare on Elm Street” – which one of the three trailers do you want to watch?

OK, a classic, right? Wes Craven, along with George Romero, John Carpenter and David Cronenberg, created the graphic, nihilistic new wave of horror, in which bodies get flayed/spiked/eviscerated/turned inside out/ad infinitum, no heroes survive, the villain lives to kill another day, and there’s no safe place anymore for anyone ever.

This shattering, disturbing approach changed movies forever with their transgressive power. They opened the genre up, making it capable of touching on societal and psychological truths – and also let idiots who confused gore with genius and sadism with profundity to make reprehensible torture-porn such as the “Saw” series, “Hostel,” and the upcoming “Human Centipede” and “A Serbian Film.”

The Freddy franchise proved so durable that it spawned eight sequels, a TV series, and made an iconic figure out of the central villain, whose indelible portrayal by Robert Englund became a campy, cackling kind of antihero for many (let’s not forget that the character slaughtered 20 children before his initial demise).

OK, here are all three of the new trailers:

Ideally, if you’re gong to revisit such a pivotal film, you should bring something new to it. Is that the case here?

The one is feel really sorry for is Jackie Earle Haley, the new Freddy, who is locked into a three-picture contract on this project. Haley proved that he can play what one reviewer called “creeps and maniacs” with aplomb, after his Oscar-nominated role in “Little Childen.” No shame there – other actors good at revealing their dark sides include Karloff, Lugosi, Lorre, Price, Chaney, Lee – masterful icons of horror.

But will Haley get to put his own distinctive mark on the character? It doesn’t look as though the new “Nightmare” will give him a chance.

No, no, no! Why, God, why? OK, I know I recently called Nicholas Cage a crap magnet, for all the lousy film projects with which he associates himself. But Brendan Fraser makes him look as dignified as Morgan Freeman.

Oh, Brendan, dammit, I know you can act! Instead of citing all the crap you’ve done, let’s look at three great performances – 1. “George of the Jungle” – yes, physical comedy, but also great timing and nuanced delivery. He proved he could handle comedy. 2. “Gods and Monsters” – a supporting role, but one performed in an honest, subdued and moving manner. 3. “The Ugly American” – a grossly neglected, brilliant film with great performances by Fraser and Michael Caine. This film got buried when it first came out and deserves a second look, people. 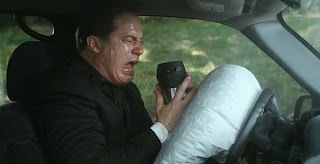 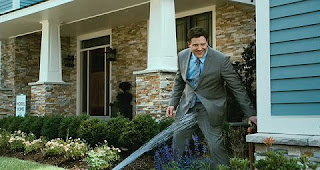 I know, you’ve got kids, you need the money. As Bob Goldthwaite once said when someone asked him why he kept making those crappy “Police Academy” sequels: “Look, if someone drove up to your house with a dump truck full of cash, as you going to tell them to go to hell?”

Just call me. Maybe I can help you find some good scripts. Stop doing this to yourself and us.