Echoes of echoes: ‘Shrek Forever After’ vs. ‘MacGruber’ 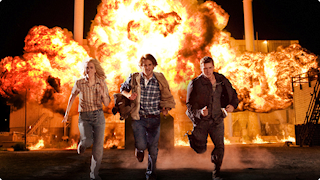 The law of diminishing returns is in play this week. Like a rat with an electrode in its head, pressing the pleasure key that activates it until it dies, we keep coming back to the same stimulation. When will the bottom fall out?

In case you forgot, the “Shrek” film series originated with a children’s book by William Steig, the amazing author and illustrator who created it and other classics such as “Sylvester and the Magic Pebble,” “Pete’s a Pizza” and “Dr. De Soto.” 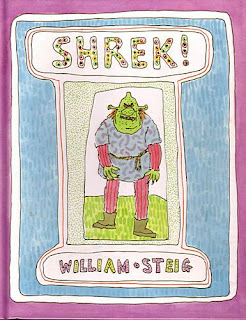 In classic Hollywood fashion, the source was expanded and gagged up, becoming the kind of movie that can appeal to kids and still speak over their heads to the adults, including enough pop-culture references and elbow nudges to keep parents awake.

Not that there’s anything wrong with that. The original Grimm’s fairy tales were straightforward exercises in cultural anthropology, but rapidly underwent alterations by adapters. Carlo Gozzi, Charles Perrault and La Fontaine, who predate the Grimm brothers, rewrote folk stories and fables freely. Hans Christian Andersen captured the tone of the fairy tale while inventing them out of the whole cloth.

In the 20th century, Disney and Warner Brothers put the tales to work in features and shorts such as “Snow White,” “The Three Little Pigs” and Bugs Bunny’s various interactions with the Three Bears – 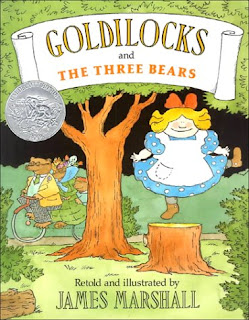 got us used to looking at these stories from a contemporary perspective. It looks like “Shrek Forever After” goes down the familiar path, using Rumplestiltskin s its bete noire:

Then there’s “MacGruber.” For full enjoyment, you need to know a) the TV series it spoofs, which starred Richard Dean Anderson and ran from 1985-1992; b) the “Saturday Night Live” sketch series that mocked it so efficiently.

Can a 99-minute film of a 15-second sketch joshing a 25-year-old TV show entertain? It’s your dime. You make the call.

Meanwhile, the 88 Drive In continues with a slight change in program – now it’s showing “Shrek Forever After” and “Iron Man 2,” a nifty double bill. I praised the drive-in-going experience last week; go and let me know if and how you liked it.

What’s up with the Regency Tamarac Square Cinemas? The Regency chain is located completely within California, save for Denver’s Tamarac Square and the Tropicana in Las Vegas. And, thrillingly, they add a sprinkling of non-mainstream films, the only theater in the area to challenge the art-house monopoly of the Landmark chain. (Pssst – they’re a little cheaper than Landmark, too!)

Here are two features they’re carrying this week that you can’t see anywhere else right now:

OK. If you don’t like Bollywood, stay home. I think the Indian film industry is great – full of exuberance, fun and style. Is it riddled with conventions? Is it weird when they sing and dance out of nowhere? No more so than when Fred and Ginger do.

“Kites” was shot in Hindi, with full-on musical numbers, and in English. They cut out all the songs and dances for the English version, from 130 to 90 minutes. It looks like sexy, escapist candy.

It came and went in February. It looks like a small, quality film with good acting and a thoughtful script. William Hurt and Maria Bello both can act.

Meanwhile, at the Mayan:

“Casino Jack and the United States of Money”:

Alex Gibney is one smart, talented documentarist whose greatest gift is knowing how to tell the story. This look at Washington lobbyist Jack Abramoff and his conspirators and victims, both of which categories include your elected representatives, looks like a very constructive exercise in outrage.

The first kimchi Western? Sure, it’s an homage/parody. It looks frantic and self-consciously stylized. Then again, it looks like it has a heart, and a pulse to go with it. Could be fun.

At the Chez Artiste:

Intelligent weeper, with strong performances all around.

“Breath Made Visible: Anna Halprin” premiered locally at the Boulder International Film Festival in February, and now it’s in general release. Doesn’t it just look amazing? It is.

Well, if you’ve got the stomach for it , you can jump through some hoops listed in the Denver weekly Westword and snag preview tickets for both “Sex and the City 2” and “Prince of Persia.” More on those as they loom this coming weekend . . .

As usual, the real gems are hidden away – let’s root them out, shall we?

At Boulder’s historic Chautauqua Auditorium, it’s time for one of my favorite festivals of the year – the Silent Film Series. The first selection: “Reaching for the Moon,” an early Douglas Fairbanks Sr. feature film that helped to cement his appeal as the American everyman, who faces romance and adventure with a cheeky can-do spirit. Who’s delivering the live musical accompaniment? The wonderful Hank Troy, that’s who! Don’t miss it.

“The Reckoning: The Battle for the International Criminal Court,” plays at 7:30 p.m.

Our pals at FLIC Boulder (Food, Libation and Independent Cinema) are staging their second great get-together at the Boulder Museum of Contemporary Art. The treat this month is Shane Meadows’ 2008 “Somers Town”:

Remember, this is an EVENT – with preshow cartoons, live entertainment and the like. Doors open at 7:15 p.m.

Boulder Public Library presents “How to Have a Money Making Garage Sale,” 7 p.m. The BPL website states, "Also screened is documentary footage of actual Boulder garage sales by local filmmakers and Boulder Municipal Channel 28. On stage is a typical garage sale installation, and the audience is asked to please bring the strangest thing you have ever gotten at a garage sale to display for the evening." Fun! And FREE.

At Starz, DocNight presents the documentary “Typeface,” also at 7 p.m.:

Director Justine Nagan will be there! It looks fun, as it should.
Posted by BradWeis at 1:22 PM