Ladies and gentlemen, ZZ Top!
Re-release the Kraken!
As the band Challenger put it so eloquently, “Give the people what they want in lethal doses.” Like a clutch of shaky drunks jockeying for that first slug of Ol’ Crawdaddy in the morning, we crave consistency. The mainstream movies out this weekend provide it.

“Clash of the Titans”: this is pure fanboy-porn, retooled for 3D in post-production in the wake of the succes of "Avatar." The New York Times’ Mahnola Dargis dissects it most efficiently – “There are titans, they clash.”

Pretty busy up there on the screen. And hey, is that Liam Neeson and Ralph Fiennes? Why are they dressed up like Billy Gibbons and Dusty Hill?

And hey, remember how good the original was? WRONG!

The 1981 release was mocked freely on its debut – the togas! Harry Hamlin’s poofy ‘80s hair! Great actors slumming for a paycheck in a ludicrous fantasy/adventure! The big difference here seems to be the lack of Ray Harryhausen, the master of stop-motion animation, who learned his trade with Willis O’Brien, the creator of the original King Kong. “Clash” was his final outing.

Here are Harryhausen’s thoughts on the remake:

This makes the sixth film version of one of his novels in 12 years, and it’s reassuringly similar to its predecessors. It’s all about feelings and relationships – kryptonite to “Clash”goers. These films are ever-present, hanging out on the periphery of the collective consciousness like a spanger at the traffic light.

WHAT DO YOU WANT FROM US, NICHOLAS SPARKS FILM ADAPTATIONS? Is this like a thing where you keep it up until we pay you to stop? Let me know what I need to do.

“Why Did I Get Married Too?”: Precious little advance data is available about Tyler Perry’s ninth feature film. He doesn’t utilize mainstream-media gatekeepers – he doesn’t have to.

The man who single-handedly created a media empire (he’s best known for his “Madea” film series) has been given only glancing, grudging recognition by Hollywood. You may have seen him for a minute or two as an admiral in the new “Star Trek,” and he was given a token (in every sense of the word) appearance at the most recent Academy Awards ceremony.

Why is that? Here's LaToya Peterson's take, on Salon. He’s an auteur. He has creative control. Whatever you think of his work, it is popular enough to make him a multimillionaire. He is seen as a niche artist, I guess, an African American who only speaks to other African Americans. He doesn’t even creep into the periphery of the mainstream cultural conversation.

But his success demonstrates that he’s touching something in people with his work (yes, just as it does for Nicholas Sparks). Why does everyone seem so embarrassed about him? If he’s a hack, so were hundreds of filmmakers before him.

It may be in part the terror of not knowing how to assimilate him into the overarching power structure. In Hollywood, imitation is the sincerest form of flattery, but few have tried to ape him. The unclassifiable rival has been stigmatized.

Does every African American artist have to be another August Wilson or Spike Lee, someone whose viewpoint we’ve learned to assimilate? Relax, people. Give his work some respect and some critical scrutiny.

P.S. This film may blow.

International Film Series: one more showing of Niels Oplev’s Swedish noir “Girl with the Dragon Tattoo” on Friday at 7 p.m.:

This looks good, and it filled the house at IFS’s Muenzinger Auditorium last night. Unless you want to drive to Denver, this is your first best chance to see it on the big screen. P.S. Director and Denver native David Fincher ("Fight Club," "...Benjamin Button") is already associated with a plan for an American remake.

On Saturday, it’s the quirky comedy/drama from Switzerland that wound up as a Best Foreign Film nominee, “Home”:

The big news in Boulder is the coming of the annual Conference on World Affairs this week. Roger Ebert is back. Also present will be directors Ramin Bahrani and Tom Shadyac, actress Julia Sweeney, film writer Jim Emerson and visual effects supervisor Michael Fink.

A highlight will be the appearance of Werner Herzog, with an examination of his landmark 1972 “Aguirre: The Wrath of God” all week in Cinema Interruptus, four two-hour session devoted to a participatory stop-and-discuss session with Ebert, the audience and others. (See Sunday’s post for full film-related Conference on World Affairs information.)

On Sunday, the IFS will present “Aguirre” FREE – twice, at 4 and 7 p.m. The sessions, dubbed “Cinema Uninterruptus,” gives all interested parties a chance to review the film in its entirety before the games begin Monday.

This deeply disturbing movie is a game-changer – it freaked me out when I saw it during its long initial New York run as a cult favorite. After many years of being a cult favorite himself, Herzog is finally getting his due. (Plus he wrote one of my favorite books, "Of Walking in Ice," a diary of his cross-country hike to visit a serious ill Lotte Eisner. Equally adept at feature-length and short-form, narrative and documentary, equipped with wicked bite and hallucinatory insight, we’re lucky to have him here.

IFS proudly relates via its Website that the print to be screened is “going to be the original -- AND ONLY -- English 35mm print in existence. Most of the prints people have seen of AGUIRRE were in German with English subtitles, but what most people don't know is that the German was done later in post-synchronization.”

So is the sound OK?


'CLOVERFIELD' UPDATE: IFS Director Pablo Kjolseth writes on Saturday, "I'd like to add that CLOVERFIELD'S T.J. Miller will be at Abo's On The Hill this Wednesday at 7pm for a meet-and-greet as part of the last SCI-FI SIX PACK pizza and brews deal, before sauntering over to the 8pm screening." 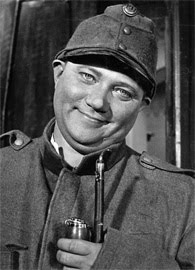 He’s in town for the Conference on World Affairs. Think he’ll show up to the screening? We’ll see. All BPL shows are FREE.

New at Starz: “West of Pluto.”

It won the Grand Prize at the Boulder International Film Festival this year, and was nominated for an Oscar for Best Foreign Film as well. It’s pretty damn good.

At the Mayan, “Vincere”:

I don’t know. I’ve heard good things and bad things about this one. Mussolini was obviously one of the biggest evil jerks of all time; no problem there. But can we handle 122 minutes of smoldering glances, passionate embraces, people thrusting their fists into the air, torture and repression, all with a patented dead wreath of Eurogloom surrounding it and permeating the color scheme? I don’t know. Bring some coffee.

And “The Girl with the Dragon Tattoo” opens at the Esquire.

At Starz on Saturday at 3 p.m. it’s “Barbie in a Mermaid Tale” as part of Kids Saturday Nickelodeon. She’s part mermaid – unfortunately, it’s not the half that eats! BLING-O! Thanks, thanks a lot.

As a warm-up for the Starz Focus on Japanese Cinema April 8-11, the great director Kenji Mizoguchi ("Sansho the Bailiff," "Ugetsu") ’s last film, the 1956 “Street of Shame,” will be shown at 7 p.m. on Saturday. It’s a FREE SHOW, and part of the Tattered Cover Classic Film Series. 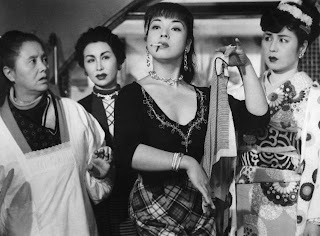 Meanwhile, at the Denver Public Library, on Tuesday at 6 p.m., the shoulda-been-an-Best-Picture-Oscar-winner series continues with Terence Malick’s unsettling 1973 masterpiece, “Badlands.” (Winner? “The Sting.”)

The other BIG film event in the area, besides CWA, is Starz’s Focus on Japanese Cinema, which begins on Wednesday and runs through Sunday. On Wednesday the 7th, at 11:30 a.m., Howie Movshovitz, a great film critic, writer and educator, will give “Japanese Cinema 101,” an overview of the discipline in historical and cultural context. This presentation is FREE! Get wise and go.

On Thursday at 4 p.m., film historian, scholar and Kurosawa expert David Desser will give the talk “Master Class: Traditional Culture and Japanese Cinema.”

True film snobs should see this in tandem with “Street of Shame” at Starz on Saturday, for purposes of comparison. Two dramas, released within four years of each other, featuring women who prostitute themselves, a popular Japanese genre. 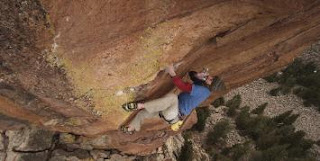 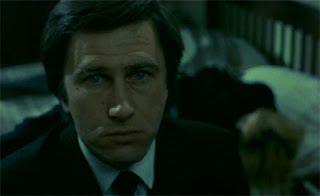 I recommend this, sight unseen. Kieslowski is nest known for his "Decalogue," "Red" "White" and "Blue" trilogy, and "The Double Life of Veronique." I've never been disappointed by his work.

Westword’s Susan Froyd was kind enough to remind me that the Bug Theatre in Denver, itself originally a silent movie house, still shows film as part of its mission. More on events there as they loom.

OK, John Hughes fans, let’s get one thing clear. I am not one of you. Sorry. I don’t know what is wrong with me, but I don’t like his work, by and large. He was not a “maverick,” as obituarists might have it. I have nearly gotten punched in the face several times over this dislike, so it’s out on the table. Just let me know you’re comin’. At midnight at the Esquire Friday and Saturday, it’s the “The Breakfast Club.”

And last but not least, at 10 p.m. Friday and Saturday at Starz, we go up to Camp Heaven with Dorian Walker’s 1989 “Teen Witch”!

There’s poofy hair! There’s rap! Arrive heavily medicated, and get ready to pop and lock! See you next week.
Posted by BradWeis at 9:27 AM