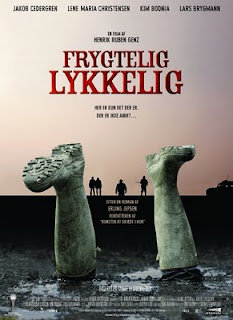 Choose, my child. Only two paths lie before you this weekend. You can take the straight and narrow road to righteousness, or get your cinema freak on with two of your favorite TV stars! Choose wisely. The decision you make may ruin your weekend.
First, let’s go with the seemingly obvious selection. “Date Night” features two of NBC’s hottest performers, Steve Carell and Tina Fey. It’s that old reliable template, the comic thriller.
You know, I’ve always thought the best way to inject life into a staid relationship is to get randomly mixed up in a violent conspiracy of some kind. Now, be warned: this is from the director of the “Night at the Museum” movies, and a writer associated with the tail end of the “Shrek” franchise. To quote my favorite Saturday morning TV show, “Chaka worry.”
Fey and Carell are not dumb, but they have made crap before (are we ever going to watch “Baby Mama” or “Evan Almighty” again? No). The most fun you can have with a tired old subgenre is to mock its conventions even while you are obeying them. It does not look as though this is the case here.
Movies such as these often hedge their bets by trying to be suspenseful AND funny, but not at the same time. You get a joke, then someone’s severed head lands in the leading lady’s lap. The result usually is something neither suspenseful nor funny. Even with the supporting talents of Mark Wahlberg, James Franco, Mila Kunis, Mark Ruffalo and Kristen Wiig, I’m gonna have to wait for the DVD.
“Letters to God”: BULLETPROOF. Why? Watch.
First of all, it’s CHRISTIAN. Now, whoa, whoa, put down the crucifix.
There’s nothing wrong with Christianity, or any other organized religion, he lied. I’m with Frank Sinatra – “Basically, I'm for anything that gets you through the night -- be it prayer, tranquilizers or a bottle of Jack Daniels.” I believe in God – just not any of the major brands of it/him/her/they/us/me. So, if it works for you, GREAT. Don’t pray for me, don’t try to save me, and above all don’t try to share your feelings on this with me on this. It took me 50 years to figure my relationship with my higher power, and I am tired.
Christianity is pretty much the state-sponsored religion of America (I know, this religious-tolerance policy is much like those safety posters on the employee billboard at work – they’re official, but no one pays any attention to them). This GUARANTEES that it will be endorsed as a wholesome outing for the entire family in churches across our mighty Jesus demographic, and as a result the faithful will flock to it in droves.
But the God it promulgates is the Christian God, and that drags in a closetful of cultural assumptions and associations that, while they will ring bells for believers, will at the very least not interest and at the worst deeply annoy anyone else.
Second: THE DYING KID. This is what I call the "shoot the puppy" ploy. Put something innocent and powerless in jeopardy, and you'll have the audience eating out of your hand. Now, I HATE it when child characters are used in this manner -- and it's the premise of the film.
Sure, it's based on a true story. You know what happened in the true story? Someone embezzled the kid's cancer-fund money, the kid's dad lost his job and his house, and the kid died. But that story would have made it a Neil LaBute film. This is the ultimate lemons to-lemonade project of all time.
It doesn’t help that this plot point is unintentionally but painfully close to a gag in the Kids in the Hall’s only feature film, “Brain Candy”: I’m talking about the breathtakingly offensive Cancer Boy.
The chipper, doomed youngster has been a sturdy cliché since Dickens; the crippled newsboy and orphaned waif are of the same ilk.
Third: Everyone within a 100-yard radius of this charming urchin is going to experience redemption -- the drunken mailman, the faith-challenged mom, trees, stones -- you name it. The power of pathos will overcome.
Bleah. Message of hope? Commerical for Jesus? You decide. Now, if they had had the guts to tell the true story, and still pull a moral out of it -- that would have been a REAL expression of faith.
BUT WAIT! There’s a third path! The one that takes you to “The Black Waters of Echo’s Pond.”
It’s “Friday the 13th” crossed with “Jumanji”! This under-the-radar horror tale is directed by Gabriel Bologna, an ambitious director who’s created fare such as “30,000 Leagues Under the Sea” and “Girrl.” Looks scary. Could it be a sleeper hit?
ART HOUSES
Boulder’s International Film Series has some hot selections this week. On Friday, the second night of showings of Francois Ozon’s 2009 “Ricky” takes place.
OK, if you didn’t figure it out, this baby can fly. What in America would be a feel-good movie for the whole family could here be a more thoughtful exploration of the practical consequences of an absurd premise.
On Saturday, it’s Eliz Kazan’s “Wild River” from 1960.
It’s worth seeing if only to determine why it added to the prestigious National Film Registry. This drama about the coming of the Tennessee Valley Authority and its plan to dam a river valley trucks in early environmental concerns, statements about racism – and some non-graphic but highly erotic interaction between Montgomery Clift and Lee Remick.
Whether you think Kazan was a filmmaking genius, lousy stoolie (he cooperated with the House UnAmerican Activities Committee during the Red Scare of the 1950s) or both, his body of work certainly was interesting. Also note the presence of the severely under-regarded actors Jo van Fleet, Albert Salmi, and Jay C. Flippen. Look close and you’ll see, in his very first and uncredited screen role, Mr. Bruce Dern.

Monday's First Person Cinema series features Ben Russell and his recent work "Let Each One Go Where He May" -- it's 7 p.m. in the Visual Arts Complex Auditorium  on the CU-Boulder campus.

On Wednesday, it’s the very very strange 1977 Japanese horror film by Nobuhiko Obayashi, “House.”
What the hell? No, seriously, what? With American pop and what looks like the Japanese cast of “The Facts of Life.” A piano eats a young girl – well, we’ve all been there, I think.
On Thursday and Friday, what looks to be a very interesting Danish noir comes to the Series – Erling Jepsen’s 2008 “Terribly Happy.”
So even tiny Denmark has hick burgs where webs of lies, betrayals and murders are spun. As an added attraction, the town has a peat bog into which the inhabitants can toss anything or anyone that’s bothersome. No wonder my folks emigrated.
The Boulder Public Library winds up its spring film series on Monday with a 7 p.m. showing of 1957’s “The Good Soldier Svejk: Beg to Report, Sir,” a continuation of the film adaptation of Czech author Jaroslav Hasek’s anti-war satire by Karel Stekly. This show is FREE.
Denver’s Starz Film Center adds Jacques Audiard’s “A Prophet” to its menu, as well as a fresh print of Margot Benacerraf’s 1959 documentary “Araya.”
The trailer is so damn respectful, it makes me concerned that this will be a snore-fest. Good cinematography, though. Was Benacerraf the Venezuelan Einsenstein?
On Saturday at 7:15 p.m., Starz will host “An Evening with Etgen Keret.” The Israeli writer and filmmaker will present “$9.99,” a 2008 animated film by Australian director Tatia Rosenthal based on his work.
Tuesday, catch “Youth Knows No Pain,” what looks to be a fascinating documentary by Mitch McCabe about aging in America and our desperate and expensive attempts to stave it off. The whole idea is absurd to me, but then I am a) a man and b) a slob. I’m not rubbing Rogaine on my bald spot, just sunscreen.
On Wednesday, the documentary “Reporter” deals with journalist Nicholas Kristof and his coverage of Darfur. Denver-based reporter Tamara Banks will be on hand in person. This film looks harrowing and fascinating.
On Thursday at 6 p.m., Colorado filmmaker Amie Knox will present two of her film portraits of artists: “Deborah Butterfield: Dialogue with the Artist” and “Hella Jongerius.”
Complete information on Starz’s Focus on Japanese Cinema can be found in my next post . . .
The Landmark is bringing two new selections to its chain: at the Chez Artiste, it’s “City Island”:
Quirky indie comedy. It’s a crapshoot.
And, finally, “The Runaways” comes to both the Greenwood Village and the Mayan.
Word of mouth is, it’s the classic rock bio – Cinderella story, downfall and redemption included. The difference is, this one is encrusted with the glitter, drugs and nasty temperament that characterized the mid-‘70s, and it concerns my one of my favorite bands of all time! It might be worth it just for the nostalgic rush.
(P.S. Less Joan Jett and Cherie Currie, and more of Lita Ford, the future Queen of Speed Metal! P.P.S. “Cherry Bomb” doesn’t come close to being the group’s representative song – both “Waiting for the Night” and “Don’t Go Away” are far, far finer.)
Over at the Thin Man Tavern, the Wednesday film series begins a run of works by Wim Wenders, beginning with “The American Friend” at 8 p.m.
Look sharp and you’ll see directors Sam Fuller, Nicholas Ray and others.
The novel by Patricia Highsmith that is the basis of this fascinating but difficult film also spawned Liliana Cavani’s cruelly disregarded 2002 “Ripley’s Game.”
Over at the Bug Theatre, the Emerging Filmmakers Project takes place Wednesday at 8 p.m. Tickets are only $5, and viewers will see new work and talk to the filmmakers. As I’ve said before in relation to short-film programs at film festivals, these screenings are where talent is developed, displayed and tested. If you believe in supporting artists as they learn their craft, attend.
SPECIAL EVENTS
Did you know there’s a Turkish Student Association at CU-Boulder? Did you know they serve up Turkish Movie Nights? Did you know there is a Turkish cinema? Friday at 5:45 p.m., somewhere within the confines of the Eaton Humanities building on campus, Abdullah Oguz’s 200 “Bliss” will be shown.
LATE SHOWS
Starz’s “The Watching Hour” will present the Japanese horror film “House” at 10 p.m. Friday and Saturday (see trailer above). And at the Esquire at midnight, it’s that cult wannabe, “The Room.”
Keep those informational updates coming in, folks! This list is becoming longer and more comprehensive each week. Hopefully, we can grow the audience for cinema of all shapes and sizes.
Posted by BradWeis at 1:23 PM