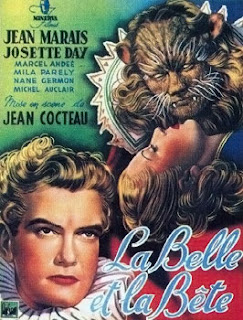 I was first pulled effortlessly into the dream world of cinema when my mother plonked me down in front of our dingy old black-and-white television and tuned in to Jean Cocteau’s 1946 film Beauty and the Beast.

Mom was intellectually precocious, culturally aware, and lonely, moored in suburbia. I think she was trying to raise three little friends rather than three children. She was a voracious reader, and we made regular pit stops to the local library. Music, books, movies, all were available in our home, with very little filtering — and no subject was off the table.

She was a fan of the “great films” series that ran on public television during the late ‘60s and early ‘70s, and as we only had the one set, we kids all ended up watching Ivan the Terrible, Part 1 and Grand Illusion and Seven Samurai and stuff like that. This had the effect of turning into de facto film critics, and scarred us for life to boot. Gratis. Hey, if you’re 10 and you watch Fires on the Plain, something in you breaks way too early.

It’s tough for me to overstate how influential this film was. It has an emotive power that drew me in, made me forget about anything else. Even via that dinky set, I was sucked into the movie.

It’s a fairy tale of course, but it’s a fairy tale full of fire and meaning, enacted so convincingly that even the most fantastic moments seem natural, the logical outcome of what has gone before. Cocteau and his creative team trapped magic inside the camera.

It is derived from the fairy tale by Jeanne-Marie Leprince de Beaumont (1711-1780). The story is the traditional one, containing two vain and spiteful older sisters (the hilarious Mila Parely and Nane Germon) and Belle (Josette Day), guileless and kind. When their father, an unfortunate merchant (Marcel Andre), is forced to cross a forest dark with night, he stumbles on an enchanted castle. In plucking a rose, he summons the wrath of the Beast (Jean Marais), who demands that he forfeit his life or that of one of his daughters.

Cocteau uses all the cinematic trickery at his disposal. A double row of candelabras, held by disembodied arms, light themselves and point the way. Decorative sculptures observe, blow smoke. A disembodied hand serves wine. The rich scenic design of Christian Berard and Lucien Carre was modeled on the engravings of Gustav Dore and the paintings of Jan Vermeer, and it delineates the story with unerring accuracy.

Belle, of course, takes her father’s place. In the Beast’s domain, he is a loving servant to her, though he’s compelled to stalk and kill game in the night. (His fingers smoke with the blood of his victims.) Belle pities him, but steadfastly refuses his nightly request to marry him.

The Beast is a classic romantic anti-hero – possessed of power, but cursed and stricken with melancholy. He is by far better than Belle’s wastrel brother Ludovic (Michel Auclair) and his pal and Belle’s would-be lover, the “good-for-nothing” Avenant (Marais again, out of Beast mode and staggeringly handsome). Gradually, Belle sees through the Beast’s appearance and grows fond of him. When she is given leave to visit her family, the Beast wastes away in unhappy isolation. Can she return in time to save him?

The second time I saw the film, I was at The Flick. This was a tiny but delightful, ritzy two-screen art house at the corner of 15th and Larimer in Denver. Besides a couple of other repertory houses, the Flick was the only place where obscure, foreign, and avant-garde cinema was shown at the time. (It seems like Rene Laloux’s Fantastic Planet was always playing there.) It’s the only movie theater I can think of that I dressed up to attend. Films there were events, to be mulled over and debated later at the nearby all-night coffee shop. 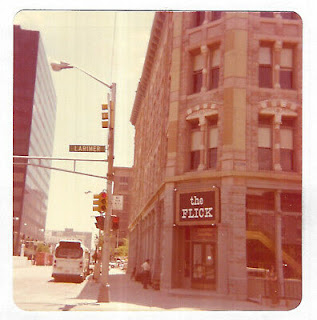 The Flick’s tiny lobby was punctuated by a steep, narrow stair that led to the auditoriums, if that’s what you would call them. Each held a few dozen comfortable seats, and the décor was Empire style. It was the perfect place to watch a film — cozy and relaxing.

I made the mistake of taking a high-school date there to see Beauty and the Beast. It was someone I was interested in who did not reciprocate. (Then why did she go out with me?) At this stage in my love life, I was needy and intense, the worst possible combination. “Let’s just be friends,” she said as I tried to hold her hand before the show. Ironically, it’s a statement Belle would later make as we watched the film. I felt rejected and beastly myself.

You can tell whether a relationship is going somewhere by how easy it is to talk movies after the show. The film failed to impress her, and I took her home as fast as I could. There was nothing to discuss.

But the movie resounded in my mind. I was more convinced than ever of its primacy. I was also certain that I would never ask out a non-film buff to a movie ever again. And I didn’t.