The case for FilmStruck

On October 26, WarnerMedia announced that it intended to shut down FilmStruck, the streaming service for classic and world cinema, as of November 29.

I can’t argue the dollars and cents of it. Money is a language that is deaf to all others, and that overrules them all. Nor can I argue that is a fledgling cultural institution that “must” be sustained, like some precocious cripple.

Instead, as a subscriber since Day One, let me tell you what FilmStruck does. It gathers in one place some of the best, most interesting, and most challenging films ever made. It’s a window into other worlds. It’s a history of film in and of itself. It is a cultural nexus, a node of activity, a resource that stimulates thought, feeling, and community. SIGN THE PETITION TO PRESERVE IT HERE!

It’s the best kind of receptacle for an art form. It’s efficiently and elegantly designed, expertly curated, with just enough information to educate and contextualize the film the viewer is about to see — or see for the 100th time. The mix of movies presented in stately rotation to date range from popular greats such as Singin’ in the Rain to challenges such as Kobayashi’s taxing The Human Condition, or Klimov’s brutal Come and See. (Besides, how else can I, in an idle moment, watch a beautifully sharp Seven Samurai on my Android phone, any time of the day or night? This is much more spiritually important to me than you might imagine.) 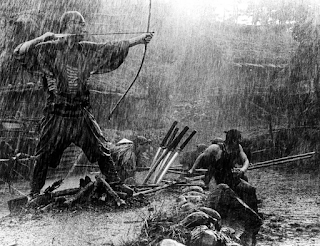 As a film writer, I have used the service as the basis for for numerous stories and much valuable research. Oddly, the loss of FilmStruck would affect me less than most. I have spent years ferreting out obscure films of all kinds, and I know all the tricks of the trade. I can dig and scour and find what I need.

But for most film-lovers, access is the key to their enjoyment and their development of knowledge. The early promise of a wide-ranging, accessible cornucopia of film online withered and died under the conservative dictates of commerce. Potential customers must deal with a profusion of competing streaming platforms and archives, each with its own menu of films ranging from mediocre to awful.

Without FilmStruck, streaming movies become just another commodity, a lowest-common-denominator passel of mind-numbing time-wasters, the Criterion titles and other gems scattered far beyond the reach of most. Without FilmStruck, another art form vanishes from sight, the past disappears, and the culture disintegrates because the collective memory and the concept of quality are gone.

The genie is already out of the bottle. We know that a FilmStruck is possible, and that it’s as fine an artistic and entertainment endeavor as has come down the pike in many a day. These people know what they are doing, and I heard some of them took this on in addition to their regular jobs. You cannot buy that ind of dedication  it comes from the heart.

Already site maintenance has been discontinued, and I run up against film choices that reveal "no content available." I can only urge that the service continue in some form or other. Hey — you got a guy standing here with money in his hand, willing to pay for it. Powers that be, this revenue stream has only begun to flow. Let’s make some money, watch some movies, and do the world some good. Long live FilmStruck! 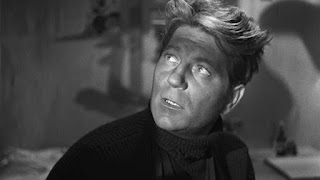 Email ThisBlogThis!Share to TwitterShare to FacebookShare to Pinterest
Labels: Analysis