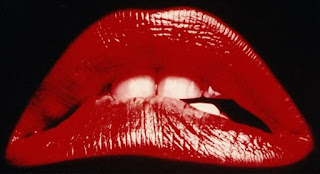 We were from the suburbs. We didn’t know shit.

But we weren’t averse to enlightening ourselves. In high school, our particular group centered itself inside the theater department. And, as soon as we could drive, we were out auditioning for shows around town. Our baby experiments with the world outside home and school were rewarded. We fell in with rapscallions.

Aunts Tim and Jerry, to be precise. In the foul, dimly-lit dens of community theater they prowled, singing, dancing, acting, writing, and directing. They were hilarious, brutally honest, incredibly gay, and up to no good. (Why were they hanging out with high-school boys? Please.)

Still, they were kind and thoughtful, protected us from real sexual predators, and for better or worse treated us like fellow adults, complex humans with identities who had ideas. They weren’t afraid to talk about art and politics, and they knew who played Laurie in the original London cast of “Oklahoma!” instantly, long before there was an Internet to look things up on.

There we were, in bars we had no business being in (“How old are these children?” roared the bartender. “These girls are 18!”), drinking – except me, I remained pure for some time, immensely dull for everyone else but I had enough problems to keep me occupied. And, of course, part of the running the gauntlet was going to “Rocky Horror.” 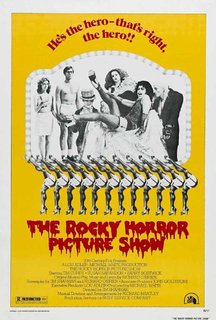 “Rocky Horror” opened as the midnight movie at the great Waverly cinema in Manhattan’s Greenwich Village in mid-April 1975, replacing “Night of the Living Dead.” The B-movie horror template of the young couple menaced in a haunted house became a metaphor for budding sexual awareness. A mad scientist makes a big, strong surfer-dude monster, for the express purpose of using him as a boy toy. By film’s end, everyone’s in corsets, fishnets, and heels, almost indistinguishable (which I suppose is the point, really.) By the fall, people in the audience at the Waverly were cracking wise at the screen. By Halloween, people were dressing up and singing along and acting along with the film. It took two years to spread to 50 cities.

What made it explode? The ‘70s were a lot about pure carnal satisfaction, for one. It was truly the Me Decade. We were psychically spent, rebounding from the bitter, dragged-out end to Vietnam, Nixon’s criminal betrayals, and the beginning of real loss as an industrial power. We wanted to get screwed up and dance. There were lots of drugs and sex and rock ‘n’ roll, and few consequences – or was that the consequence of being that age as well? Touchy-feely spiritual vibes floated in the air; we were open to suggestion.

A corrective was coming. “Rocky Horror” caught the first board in the wave of punk cynicism, with star-spangled panache. It equated old-school horror with its long-dormant subtext, alternate sexuality (even filming in the Bray studios that housed Britain’s cherished Hammer horror studio for decades). It camped it up as hard as it could. Jim Sharman and Richard O’Brien’s adaptation of O’Brien’s original stage “Rocky Horror Show” was fast-paced, tuneful, and genuinely funny.

The show’s tough, kinky production style leaned on quoting the ‘20s, much as the ‘60s had done – but this was the dark, German, Expressionist, Brechtian ‘20s. ‘50s values were being spoofed through the putative hero and heroine, squeaky-clean Brad and Janet, but so were ‘60s values – by their sheer omission. There’s no peace and love in “Rocky Horror,” just sex, violence, and jaunty despair.

Through its heavy lean on horror tropes, it became a joyous puzzle for the hip to unravel and comment on – it’s not surprising that this would become the first piece of participatory cinema. Like a true cult, its members repeated the ritual week after week, enacting its liturgy. Only it’s dark and funny, and you could cross-dress. Danger and transgression in the safety and comfort of your local movie theater. We could be rude, and fresh, and cuss out loud, and dance in the aisles, and sing as loud as we liked. These forbidden slabs of raw, bleeding Weirdness were like crash-cart convulsions applied to our boring suburban souls.

And what better house to witness the glory in than Denver’s wonderful old repertory cinema, the Ogden? Now a first-class concert hall, it was a treasure house of obscure double-, triple-, and quadruple-bills changing almost daily – a complete cinematic education on the city’s seediest street, East Colfax.

Part of the fun of “Rocky Horror” was standing in line outside, being harassed by the born-agains. There was a nearby Pentecostal church, the Lovingway, set up in an old house near 14th and Emerson Streets, close by the theater. The group had an old panel van spray-painted with slogans such as ‘REPENT OR DIE,” which they drove up and down Colfax in front of the theater as we stood in line, shouting helpful phrases such as “Burn in hell!”

The balcony was the best, and reeked of a different kind of smoke. We crowded as close to the front as we could, laden with the proper participatory props: rice, newspapers, squirt guns, candles, toilet paper, toast, playing cards. Already a tawdry handful of reenactors was gathering on the main floor in front of the screen.

“Rocky Horror” taught us tolerance. Difference was illusion, and today’s prom queen could become tomorrow’s Lotte Lenya. We weren’t doomed by the culture’s expectations of us. We learned, too, that if the dominant paradigm didn’t speak to us, we could create our own culture and be perfectly happy within it, oblivious to the tides of normalcy, at home in the Weirdness. Of course, subcultures and modern tribes have their own codes, tyrannies, and shit lists, which we would find out about later.

The house lights went down. Aunt Jerry snorted a noseful of poppers, lit a joint, stretched out his arms in Jolson-like supplication and screamed, “GIMME THE LIPS!” And out of the darkness, those steamy, bright-red lips appeared, like Man Ray’s “A L’Heure de l’observatoire: Les amoureux,” or Beckett’s “Not I.” And they began to sing . . .