Dear John Cassavetes: I love you, you fascinating bastard 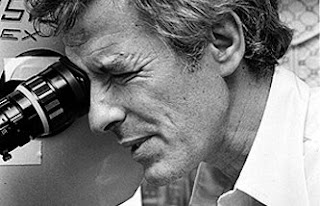 It doesn’t break any ground to recognize John Cassavetes as “the father of independent cinema” – a misleading title that shortchanges his real achievements. Like most geniuses, he got screwed over while he was alive and then was canonized and miscategorized after death.

Actually, independent cinema has been churned out since the medium was invented. At the beginning, it was ALL independent, wasn’t it? -- before the integration of production and distribution created the mainstream studios, which studiously crushed the competition. (A complete primer of off-center, innovative work can be found in Treasures from American Film Archives, More Treasures from American Film Archives, Treasures III and IV, Kino’s marvelous Avant-Garde and Avant-Garde 2 collections, and the dauntingly large 7-disc Unseen Cinema: Early American Avant Garde Film.)

Cassavetes entered the scene an as actor; for better or worse, under the influence of the Method. The quest to delve into the self for meaning, to find and project authentic content as a performer, transformed the profession.

It was an improvisation Cassavetes came across while teaching the Method that led to his inspiration to make his first film, Shadows. To show you how well-received it was, it couldn’t get any U.S. distribution – it had to win the Critics award at the Venice Film Festival in order for European distributors to grab and show in the States – as an import!

The bedrock of his approach is to strip away all the trappings of “quality cinema” – the production values and internalized code of taste that kept mainstream movies the safe, bland product it was sculpted to be. It’s just the script, the characters, the actors in focus and up front, and it lives or dies on those values.

You can see Cassavetes’ discomfort with the dominant Hollywood paradigm in his performances. He is typically cast as the wise guy, a smartass, an outsider who knows that the system is rigged – at the end of the scale a duplicitous, untrustworthy cynic. His Academy Award-nominated performance as Franko in The Dirty Dozen, his doomed Johnny North in the awful The Killers remake, even his Guy Woodhouse in Rosemary’s Baby are desperately tired, scratching at the walls, almost but not quite rolling their eyes at the gimcrackery around them.

When Cassavetes gets behind the camera, he relaxes. He wants something real, and by God he goes and gets it.

His cinema is one of obsessively curious observation. There are no pat answers, no denouements, no moments of cleansing catharsis in them. Cassavetes films are full of stutter-steps, blind alleys, agonizingly long takes. Watching takes patience, forbearance, but it pays off.

He only made 9 films the way he wanted: Shadows, Faces, Husbands, Minnie and Moskowitz, A Woman Under the Influence, The Killing of a Chinese Bookie, Opening Night, Gloria and Love Streams.

Of Cassavetes’ 9 “personal” films, "The Killing of a Chinese Bookie" is the most frustrating and revealing. Of course, people hated it. As usual, I loved it.

Its center, strip club owner Cosmo Vitelli, is in a way Cassavetes himself. He’s marvelously played by Ben Gazzara. He’s a little guy with big dreams. As the film opens, he pays off a loan shark the money he owes on his club, the Crazy Horse West, finally owning it outright.

But Cosmo loves it. It’s his dream, his love child, his creative offspring. He stands in the back of the room, everything fresh and alive in his eyes. Later that night, he takes out three of his dancers to celebrate – charmingly, bringing each a corsage like some smitten prom-goer.

But Cosmo blows it. He and the ladies go gambling. The same impulses that push him on undo him, and he finds himself in debt to the tune of $23,000 to some shady types. They have him by the balls, and the squeezing begins. Before you know it, they have pressured him into the title act.

Although the movie has the structure of a tight noir tragedy, this is Cassavetes, and the plot takes a back seat to the people involved. Digressive swoops give us insight into Cosmo, his workers, the “bad guys,” and any incidental characters that pop up along the way. Every character, no matter how brief his or her time on the screen, gets their moment, gets to define themselves.

Along the way, we keep seeing Cosmo in shifting perspective. Is he a competent businessman? A killer? A clown? Right away, the conventions of the genre break down. The stolen car given to Cosmo to take him to the hit blows a tire on the freeway. Cosmo flees, and calls a cab. While waiting, he calls his club and checks on the show, quizzing the staff and berating them when they don’t even know where in his scenario the action is.

“I’m sorry, I’m so sorry,” says Cosmo’s victim, off camera before he pulls the trigger. “I’ve been a bad person.” It’s as if Cosmo’s killing himself, or at least the part he thought was safe, the part that would last. Later, when the killing’s contractors come after him to silence him, he seems unsurprised, resigned. Unimpressed by the danger. Indifferent.

Cosmo takes a bullet, but there’s no heroic end for him. Things slowly unravel, and he marches on, schmoozing with the help backstage, starting the show, lingering outside on the sidewalk waiting to greet the customers and hustle them inside, even as he quizzically dips his hand into his jacket to feel the blood dampening and spreading there.

There the filmmaker stands, too, seemingly unashamed of his rickety product, dying or not dying of his wounds, obdurate to anything that stands between himself and the fulfillment of his dreams, however crass and untidy.