From the archives: Interview with 'Hangover' writer Scott Moore 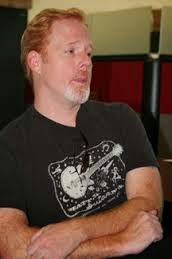 This piece originally appeared on 10/18/09. Scott has gone on to write more films with Jon Lucas, including "The Change-Up," "21 and Over," and the TV series "Mixology," and much uncredited rewrite work for other comedies.


Life is good for Scott Moore. Well, life would be good for anyone who helped create the top-grossing R-rated comedy in film history. Yeah.

"It's so great," he says via phone. He's getting ready to visit Boulder for a screening of his film, the summer's big smash hit "The Hangover," which he wrote with his long-time writing partner Jon Lucas, on Saturday, Sept. 19. He'll stick around for a Q-and-A session afterwards.

"It's both rewarding on a personal and a professional level, after nine years of doing lots of good work without seeing our names on it," he says.

But I'm getting ahead of myself. Moore graduated from CU-Boulder in 1989, with a degree in economics. Huh?

"Actually, I started off with an engineering major," he says. "And it was very boring. One day in statics class, I realized that I was studying . . . concrete."

So he switched. Economics sounds fairly frivolous after that.

He took a lot of film classes, too. There was no film studies major at CU at the time, but the small size of the department was a boon for him, as it allowed him much more hands-on experience.

He never really joined a comedy scene, either. "We'd rather write the jokes down and have someone else deliver them," he says. Right out of school, Moore went to work as a intern at Disney.

"I started by trying to be a producer, but that was no fun," he says. "It was a lot more fun to write," and he "scratched and clawed" his way into the business.

Along the way, he bumped into Jon Lucas.

"We were both working for one of the guys who was responsible for ‘Beverly Hills Cop," says Moore. "Each of us was writing on the side, with minimal success. We started working together, and we have such a great dynamic - it really paid off."

Soon the duo was known around town as go-to guys for punching up a script, performing uncredited rewrites on properties such as "Wedding Crashers," "27 Dresses," "Chicken Little" and "Mr. Woodcock."

"A pretty typical Hollywood writer's career is, when you're writing, you're writing on spec," he says. "But there always scripts in development out there - people are needed to rewrite and develop them further. Especially in the comedy world, people say, ‘This needs to be a little funnier.' So we did that, meanwhile always trying to pitch originals."

The genesis of "Hangover" came from the two thinking about the conventions of the "bachelor party" film genre.

"It's been done a lot," he says, "and a lot of them are terrible. The thing is, a party is fun to watch for about five minutes. Talking about it the next day is funnier, a lot funnier. Think about ‘Jaws' or horror movies, too - it's better if you don't see the monster. The audience can paint a picture in their heads of what happened that's more extreme than anything we could film.

"Most people can really relate to the next morning, too - ‘Oh God. I did that. Didn't I?' And we've all been that person looking on, saying, ‘I'm glad I'm not you!' Half-a-dozen people we know think it's based directly on their lives."

"Plus, we've always liked stupid detectives. We love ‘The Big Lebowski.' So we hit on the idea of amnesia as kind of a neat way to tell it."

A sequel is already in the works, although Moore and Lucas aren't in on it.

"(‘Hangover' director) Todd Phillips is great," Moore says. "He's a well-respected writer himself. He did some work on our script as filming progressed. He wants to push the characters forward, so they're going to start filming next fall, I think. Already he's got Scot Armstrong (Phillips' co-writer on ‘Old School') on it, and Jeremy Garelick (‘The Break-Up')."

Meanwhile, More and Lucas are on to the next challenge - what they term a "body-switching" comedy titled "Change Up."

Moore begins to talk about the body-switching subgenre. Even my movie-minutiae mind balks - "There is?" I blurt.

"There is a canon," he asserts. He starts reeling off titles: "Freaky Friday," "Face/Off."

"Actually, ‘Face/Off' is so good that at times you stop thinking about Travolta and Cage and really get into it," he says. (For completists, I will throw a list of titles at the end of this story.)

"A lot of them are cheesy," he says. "But when they're well done, they're entertaining. We're thinking about it in a really fun way - the two who switch are a married guy and a single guy. Jon and I are both married, and I think everyone who is married definitely thinks about being single again. There's that ‘I wish I had your life' thing. And the single guy is a total slacker, he sees the guy with a wife and kids and thinks, ‘What would that be like?'"

Moore's sitting pretty, and as I type this up, I think - hey, he didn't have to talk to me. He doesn't have a product to pimp, he's got no reason to give me his time. Plus it was 7 a.m. where he was when I called him. That's pretty cool. He's a nice guy.

I stick him with one more question: what was the unexplained chicken doing in the hotel room in "Hangover"?

"There is actually a reason the chicken is there," he admits. "I'm not I'm sure allowed to talk about it."