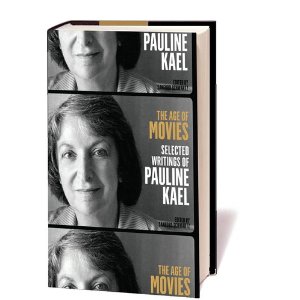 Pauline Kael makes me so mad. Yes, in the present tense. The brilliant, renegade film critic still pisses me off, 20 years after she stopped writing and 10 years after death. I grew up reading her, frequently flinging my copy of The New Yorker across the room . . . then retrieving it and pressing on, teeth grinding. The Library of America’s refreshing compendium of her work, “The Age of Movies,” brings all that back to me, but it also makes me realize what a great writer she was and how strongly she influenced my own film criticism.

She’s just so damn sure of herself. She hates “West Side Story,” “A Clockwork Orange,” Dirty Harry films, “Network.” She loves Brian DePalma? Hates Cassavetes? You see what I mean. She was mean – a compulsive iconoclast, snob, loner, egomaniac, infighter. For the first two decades of her writing career, she dined on dissatisfaction. She was compulsive – adding up the bulk of her 13 books -- most with blithely suggestive titles such as "I Lost It at the Movies" -- reveals a total of 6,791 pages. That “Age of Movies” editor Sanford Schwartz was able to make his way through this torrent of words and pare them down to an essential and readable 10 percent of the total puts him in my mind in line for sainthood. 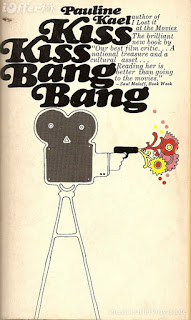 The first piece in the collection, “Movies, the Desperate Art,” sets the tone for everything that follows. She is whip-smart, fully articulate, like an angry newborn looking to punch out the obstetrician. “The film critic in the United States is in a curious position: the greater his interest in the film medium, the more enraged and negative he is likely to sound.” She also seems to blithely excoriate her own approach, later in the same paragraph: “A few writers . . . have taken a rather fancy way out: they turn films into Rorschach tests . . . The deficiency of this technique is that the writers reveal a great deal about themselves but very little about films.”

She contradicts herself constantly throughout her career. She calls Brando’s career dead, then hails his resurrection in “Last Tango in Paris.” She loves Scorsese’s “Mean Streets” and “Taxi Driver,” then stomps him to death in her review of “Raging Bull.” When she loves a film or filmmaker, she waxes embarrassingly rhapsodic. She was perhaps the greatest put-down artist in history of criticism, and seemed to enjoy every second of it. She was Joan of Arc with a typewriter.

But these mad capers were always intelligent, entertaining, compelling, and in the service of the higher good, as she defined it. “In the arts, the critic is the only independent source of information. The rest is advertising,” she wrote. She was right.

She let genius in. Many of the movies we now consider to be the highlights of the American New Wave (from “Bonnie and Clyde” until “Raiders of the Lost Ark,” basically) – works by Altman, Coppola, Scorsese and the like – were not as well-recognized at the time as we seem to remember now. Kael was there to praise them and lead us through them, and her articulate analysis (minus the hosannas) really made their virtues concrete for us. Here and there, she made us see with her eyes, and she had glorious visions of what movies could be when they were honest, efficient and rich in content.

In the end, she was right about much more than she wasn’t. She yearned to be ahead of the game, able to foresee the future, to be the smartest person in the room. She frequently was all three at once. It’s surprising, too, how sustained the quality of her writing is, despite its volume (volume both in terms of length and tone). She tosses off aphorisms and bon mots by the thousands, like sparks from a steel mill.

And no one is safe. To understand her real achievement, you must look back at what film criticism was before she came along. With the exception of thoughtful, stylish analysts such as James Agee and Manny Farber, most film critics were for decades really just publicists in disguise, a state of things we have reverted back to in our times. Those who weren’t were vilified as moralistic curmudgeons.

Bosley Crowther and Dwight Macdonald were anathemized as such by Kael, Andrew Sarris and Richard Schickel when they grew to prominence in the 1960s, although each of these men had championed significant and innovative films in their time. The angry young critics themselves split apart, particularly over Sarris’ adoption and promotion of Francois Truffaut theory of auteurism, the claim that directors exercise a creative control over any sequence of films they helm.

Kael would not subscribe to any critical theory or method of classification. She responded with her gut, claiming never to see a film more than once and then rendering its salient points in stupefying detail. (This could be so; I have the uncanny ability to remember almost every movie, play or work of art I’ve seen, and every bit of music I’ve ever heard – meanwhile, my children must still wear nametags at home.) She was constantly, obsessively watching film and adding each to her stockpile of knowledge and experience, weaving ever-more intricate meditations out of each screening.

This for me is where she really becomes heroic. She does not write as a woman, or disguise or mute her keen cross-disciplinary knowledge. Unlike the gentlemanly reviewers of the past, or the scholarly or programmatic critics of her time (Molly Haskell is a feminist film critic; Kael is a critic plain and simple and if you don’t like then to hell with you), Kael commits completely to her impressions – she follows her chains of thought to their remorseless ends – she is all in, all the time, fully present, unafraid of being wrong, unable to admit to ever being wrong, because she isn’t ever wrong – her thinking and prose evolves just as she does. She has the integrity of the lone cinematic cowpoke who follows his own cryptic code of honor. 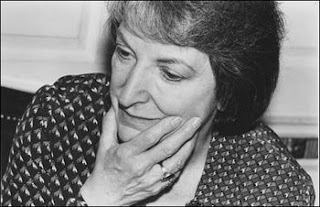 She hates artistic pretense and loves enthusiastic crap. She is ready to throw aside any statement of faith she has ever made in honor of a new, vital film experience. This is a liberation unlike any other. Most criticism seeks to contain, define; her writing is always exploding, blowing outward. At her most narrow-minded, she inspired me to respond, first mentally and then with my own writing.

Was she a bitch? Was she trailed everywhere by a band of acolytes? Did she trade favors for influence? Who cares, really. I have read a few of the other reviews of this work that have come along; some seem to want to nail her down and others want to nail her to the wall. In that way, not much changes in the back-biting world of journalism and criticism . . . at least, in the tattered remnants of those two professions. What she has to say endures, and that’s the only thing that matters now.

After Kael, critics could not write in a rote manner and expect to be taken seriously. She gave us permission to ramble, a bit, examine things from a multitude of perspectives, to have the balls to be enthusiastically wrong, to bring all of ourselves to whatever we wrote. What a wonderful gift. (Plus, she loved movies like “The Killer Elite,” “Used Cars” and “Melvin and Howard,” which makes me feel pretty pleased with myself, I must say.)

Now that I’ve made my way through “The Age of Movies,” I feel invigorated. And traumatized. I’ll have to read it again, in 20 years or so. Thanks, Pauline.
Posted by BradWeis at 11:46 AM