Lovin' the Dernsies: A Salute to Bruce Dern 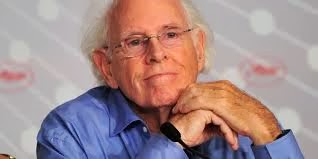 At Cannes this year, where he won best actor for his role in Alexander Payne’s “Nebraska,” Bruce Dern explained his references to his trademark “Dernsies” as “ . . . little things that you do, either character things or interjections of dialogue that is not on the page, or behavior that is not on the page.” (1) Ah, the Dernsies. What would my sense of menace be like without them? I would love it if he won an Oscar for his performance in Alexander Payne’s “Nebraska,” but at the least let him garner some of the appreciation he deserves.

I have tried to explain to my kids who he is. “He’s Laura Dern’s dad,” I said. “Who’s Laura Dern?” they replied. I strike myself, again, in the temple with an old decorative bronze ashtray. I faced with the same difficulty regarding Donald Sutherland and James Brolin. I have many dents in my head.

To know, love, and have fully memorized all the Dernsies, I think, you really had to grow up with him. His first screen credit came the year I was born, in Elia Kazan’s “Wild River.” Dern was part of that first generation of extraordinary post-studio-era American actors such as Hoffman, Redford, Pacino, Caan, Hackman, and Duvall, all who did a lot of TV work early. Soon he was a familiar presence on my TV screen, first in oaters like “Stoney Burke,” playing a comic sidekick to Jack Lord before Lord became Steve McGarrett on the original “Hawaii-Five-O.”

He segued into what he termed assorted “psychotics and freaks and dopers” in multiple series. Dern seemed to be a natural heavy, pigeonholed as an eccentric performer. He got tons of juicy and variegated death scenes in his early work, always a privilege of a screen villain; as such, he forms the missing link between Elisha Cook Jr. and Sean Bean.

A small but key role in Hitchcock’s “Marnie” led to more big-screen opportunities. He gets decapitated early on in “Hush . . . Hush, Sweet Charlotte,” but his head makes a few more appearances, off and on, so to speak, through the film. His first level of awesomeness came with his entrance into his immortal Biker Trilogy (“The Wild Angels,” “The Cycle Savages,” and “The Rebel Rousers”), which also made him a life-long friend and associate of Jack Nicholson, Roger Corman, and other key figures in the American New Wave of the ‘60s and ‘70s.

He hit the big time when he landed the part of Asa Watts, the villainous “Long Hair” who kills John Wayne in “The Cowboys,” for which he is punished later by being pulled apart by horses. To be honest, neither of these scenes terrified me so much as the one in which he grabs a young kid and SLOWLY AND DELIBERATELY BREAKS THE KID’S GLASSES. Yep. That bastard. Being a boy who was incessantly breaking, misplacing or sitting on his own spectacles, Bruce ending up on the wrong end of an equine taffy-pull wasn’t punishment enough. 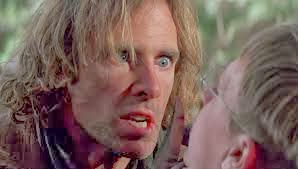 By this time, he had perfected the Dernsies. First, there’s hiss quiet, quiet voice -- the soft drawl that quickly ramps into a screech. His eyes triple in size, his brow accordions up, his teeth are bared. His gestures and inflections swoop, twitch, flare, growl, subside, and finally bury the needle in the red. You aren’t sure what’s going to happen next, but you are sure it’s going to be interesting.

There’s something remindful of John Qualen there in his face, a raggedy, liquid-eyed intensity. 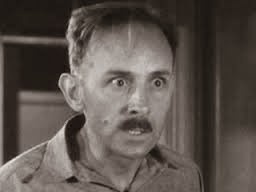 In contrast to a naturalistic, underplayed approach, Dern is never afraid to go for Baroque – to really be theatrically big onscreen. Somehow, he always makes it work. I think this comes from two places: first, the performance ethic that, at the end of the day, the audience deserves a good time. If you have an epiphany while you are working, great. If not, too bad. Give people their money’s worth.

Second, there’s a quite literally larger concept of what acting is. Another actor Dern reminds me of, in a good way, is John Carradine. 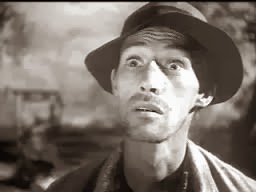 Carradine’s gaunt, fierce, demonstrativeness, his roundly phrased orations, came from the conventions of the Victorian stage. It worked for Carradine, usually in a horror-film context, partly due to the acceptance of “bigger,” tragically-pitched performances in that genre.

Dern doesn’t bear that tragic mantle in his work – it’s more like a never-extinguished anguish that’s eating at him, the eye-darting frenzy of an intelligent animal faced with the prospect of having to gnaw off his trapped leg. The idea that mannerism or extremity on film can’t play runs aground on the rocks of Dernsiness. Dern is loose enough so that he can be completely off-the-wall, yet focused enough to move a scene forward. His style doesn’t (usually) overwhelm the story.

So from a craft perspective, if you want a loony with a pitchfork, Dern can do that. And if you want more, Dern can easily break out of his collection of tics. Given a good script and director, when challenged, he goes above and beyond. He calms down, turns down the Dernsies, and allows the emotional percolations to simmer just under the surface. A leading man in the guise of a character actor.

Some of his more remarkable turns include

·         Jason in “The King of Marvin Gardens” (Bob Rafelson, 1972) – as a charming, delusional con man, Dern is a kind of postmodern Gatsby with Nicholson as his brother and Nick Carrawayesque narrator.

·         The Detective in “The Driver” (Walter Hill, 1978) – so good in this vastly underrated film. The most implacable pursuer of a criminal since Javert.

And, in the meantime, there were the Dernsies. Whether playing a mad guru in “Psych-Out,” a mad scientist in “The Incredible Two-Headed Transplant,” a mad dirigible pilot in “Black Sunday” . . . and so on.

So give the guy some love. He says, of meeting Marilyn Monroe, “She leaned over to me and, I’d never met her – she’s Marilyn Monroe, I’m Brucy from Winnetka – and she said, ‘Oh, you’re Gadge’s [Elia Kazan’s] new wunderkind, aren’t you? And I said, ‘Oh, c’mon, please. He doesn’t say that.’ She said, ‘Yes, he does. He also says nobody’s going to know who you are until you’re in your late 60s.’” He’s 77. 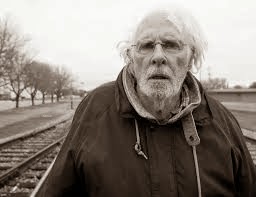