While American horror films were moving by and large into sci-fi territory after World War II, Europe and Asia began to see more possibilities for the horror film. Small genre streams began to flow and widen.

Germany did not have flat-out horror films (they seem to have lived enough real-life horror from 1933-1945 for that), but a series of “krimi” criminal thriller films, based on the works of English mystery novelist Edgar Wallace, were popular during the 1960s. These usually featured a masked killer, violence against scantily clad women, and a fogbound English atmosphere.
In France, Pre-New Wave French directors such as Clouzot and Franju were able to summon the spirit of Feuillade, Lang and Murnau with their creations. Japan was mostly known for its kaiju (giant monster) and kaijin (supervillain) sci-fi/horror films. There studios such as Toho, Tsuburaya, P Productions and Toei created highly successful film and TV franchises based on those premises. However, moody, disturbing yokai (ghost) horror films began to appear – “Jigoku,” “Onibaba,” “Kwaidan,” and many elements in the hallucinatory output of Kinji Fukasaku. These pioneering efforts would lead to an explosion of Japanese horror in the 1990s and 2000s.

Last but not least, several directors outside easy categorization brought increasingly bizarre mixtures of physical, psychological and sexual terror to the screen. Spain’s Jess Franco and France’s Jean Rollin freely intermixed horror and pornography, many times in the same films. Jose Mojica Marins of Brazil also tread heavily in the exploitation circuit, scoring most memorably in the horror genre with his “Coffin Joe” trilogy.
The supreme figure from the era, unaccountably unknown outside Europe, is Paul Naschy. The Spanish actor created such a storm of adulation for his central role in “The Mark of the Wolf Man” in 1968 that he not only made 11 more werewolf films, but went on to play Dracula, the Mummy, Jack the Ripper, Frankenstein’s Monster, the Phantom of the Opera and many other macabre figures.
Like his cinematic forbearer Lon Chaney, his sympathetic characterizations made him a true King of Horror.

The keystone of almost all the films of this period is the reinforcement of the disturbing trend of violence against women. Peeled back by the relaxation of censorship laws, the identification with the female sex as a source of or inspiration for evil becomes more and more blatant. In keeping with Western horror traditions, women are either victims or love objects -- but now that love/hate relationship is explicit, and it seems that each film seeks to outdo all previous ones in shocking and transgressing. It's as though the collective unconscious needs a bigger jolt to stir it -- but each jolt makes it more numb. It's a self-reinforcing spiral, and soon it will populate American screens as well. 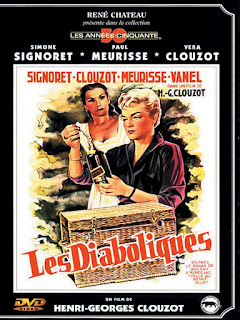 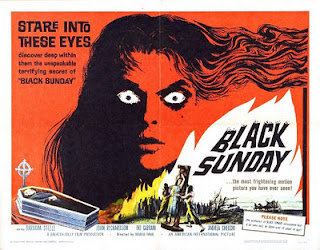 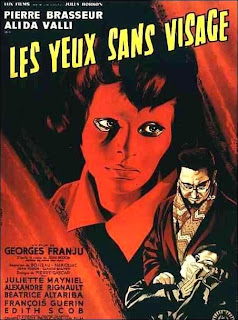 Eyes without a Face
Georges Franju
1960 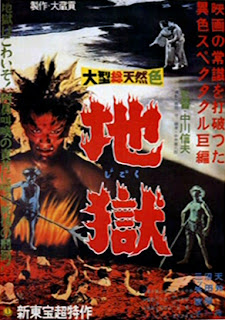 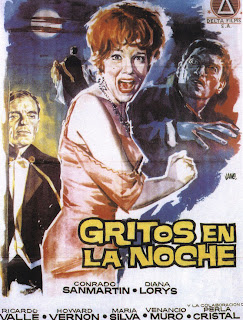 The Whip and the Body
Mario Bava
1963 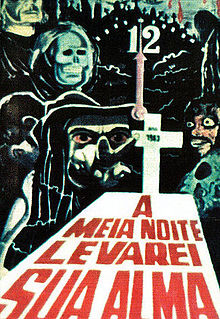 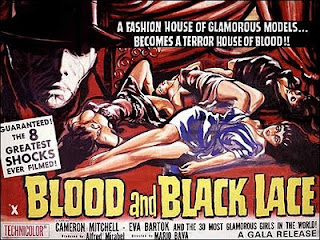 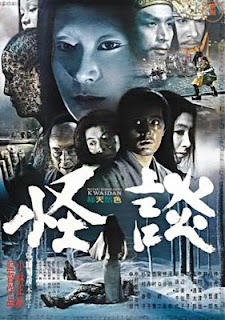 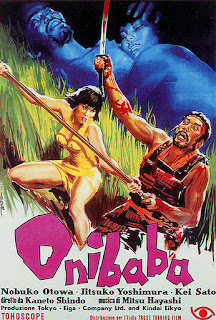 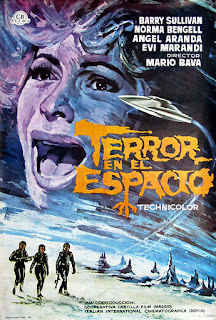 Planet of the Vampires
Mario Bava
1965 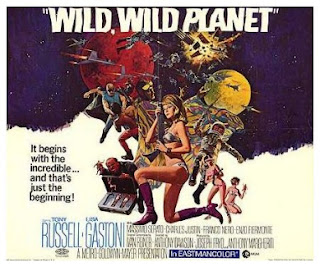 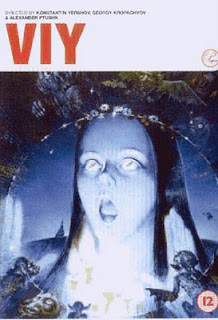 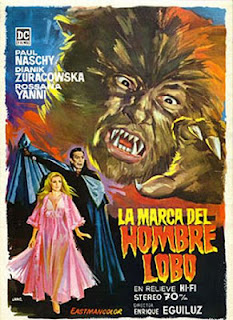 The Mark of the Werewolf
Enrique López Eguiluz
1968 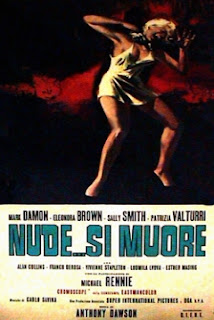 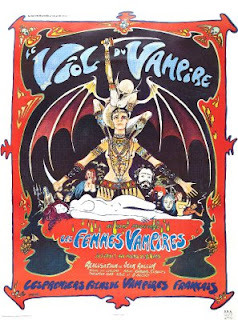 The Rape of the Vampire
Jean Rollin
1968 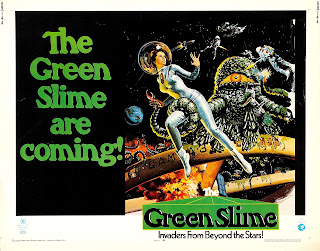 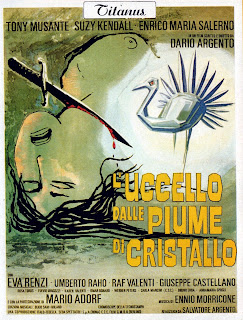 The Bird with the Crystal Plumage
Dario Argento
1970 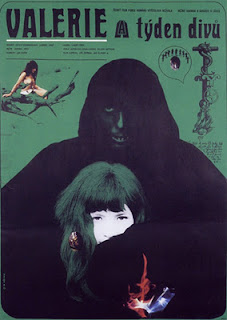 Valerie and Her Week of Wonders
Jaromil Jires
1970 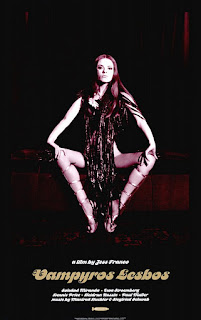 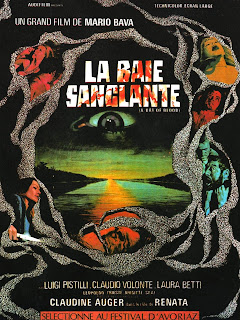 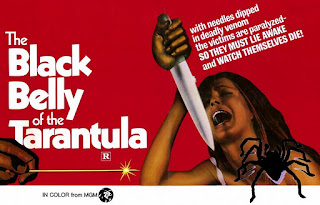 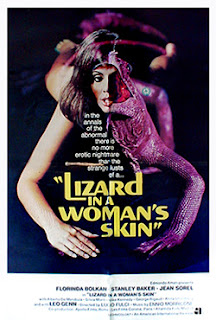 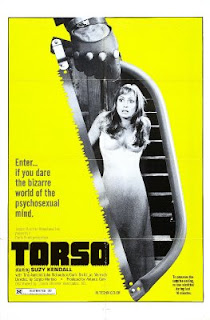 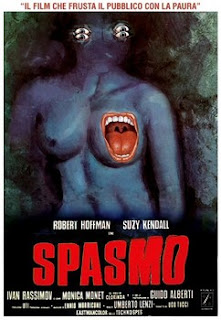 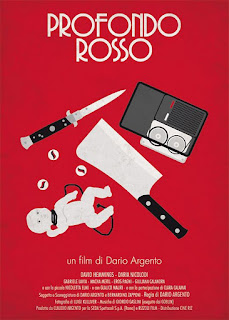 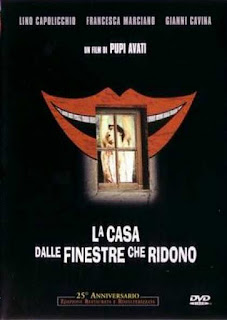 The House with the Laughing Windows
Pupi Avati
1976 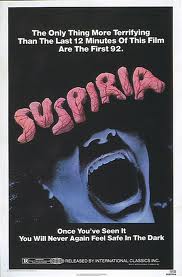 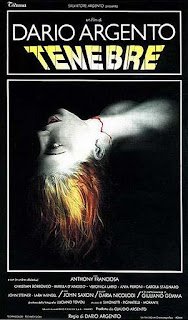 NEXT UP: The three C’s – Craven, Cronenberg and Carpenter
Posted by BradWeis at 9:32 PM