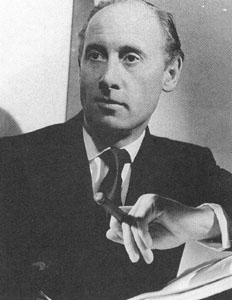 Film and television director -- via blog.saint.org. Here's the New York Times obit. A major architect of the imaginations of my generation, he made some of Hammer Film Production's best -- and campiest -- horror films. On TV, he worked on some of the best British series -- "The Avengers," "The Champions," "The Saint," "Danger UXB," "Fairly Secret Army" and "The Irish R.M." This analysis of his achievements is the best to date, written by Tom Vallance in the Independent.


He was just getting started. He helmed the third Quatermass film -- the highly successful film series about a British professor who lucks repeatedly into foiling invasions from outer space. 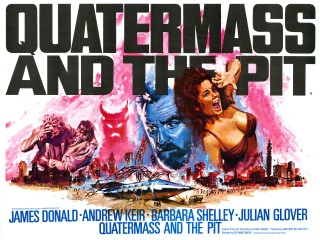 
[James Donald is one of the most underregarded of film actors. Known best as the chiding voice of reason in the war movies "Bridge on the River Kwai" and "The Great Escape," roles such as this and others like Winkle in "The Pickwick Papers" and Theo in "Lust for Life" show his range and depth.] 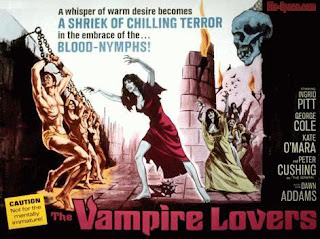 The poster is very clear: "Not for the mentally immature."
Then, his masterpiece: "The Vampire Lovers"! This first in the loose Carmilla trilogy by Hammer hits all the pleasure points -- vampires, forbidden sexuality, graphic violence, and those hard, bright colors that made watching a Hammer film much like going on an acid trip.

Next, the delicious awfulness of "The Scars of Dracula": with the wonderful Christopher Lee and Patrick Troughton -- "No one can escape the all-encompassing evil of the humans that do his bidding!" 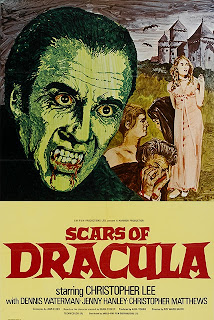 . . . and the ultimate gender-bender, "Dr. Jekyll and Sister Hyde". 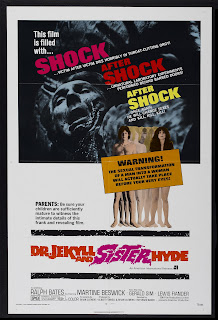 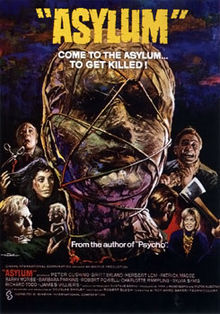 He moved on to Amicus, a no-budget rival to Hammer, and there diected several of their "horror portmanteau" films, which relied on the formula of telling several shorter tales within an overarching framework. "Asylum" is a decent little horror anthology with a script by Robert Bloch and a slew of talent, including Peter Cushing, Herbert Lom, and Patrick Magee, and a very young Charlotte Rampling and Robert Powell. He also did for them "The Vault of Horror" 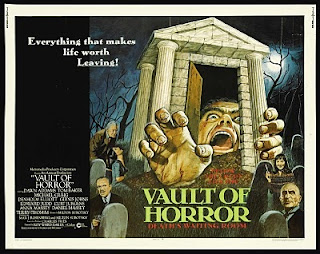 and "The Monster Club":
" -- And Now the Screaming Starts!" is a pleasant little disembodied-hand-out-for-revenge subgenre entry fro Baker and Amicus:

Meanwhile, Baker directed many of "The Avengers" 1968 episodes:
And followed with more distinguished BBC fare as his career continued. All in all, a very active and satisfying creative life. His film and television work is clear, effective and convincing, even on the silliest projects imaginable. Time and again, he gets great performances out of high-quality actors in absurd situations. He scared the pants off of my generation at the drive-in, in the balcony and on late-night TV. His lurid imagination, leavened with a droll wit, strongly informed my aesthetic sensibilities. Cheers! 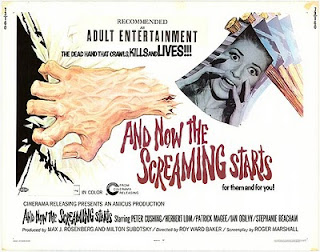