Steer clear of the multiplexes this week, pal

Let’s look at the damaged goods laid out before us. Entry #1: “The Bounty Hunter.”

Dear Jennifer Aniston: I know you’ve had a tough life in the spotlight. You’re a great comic actress. Shame! Shame! Shame on you! It’s not long now until they pitch you a sitcom comeback you can’t refuse, and you’ll be back where you belong.

Jennifer plays a journalist. You can tell ‘cause she carries a notebook to write things down with and a recorder to record things with. She’s skipped bail, and her ex-husband is . . . that’s right!

But soon they find themselves in the crosshairs as they attempt to uncover a murder conspiracy. Along the way, is their passion for each other rekindled? Will they have some humorous brushes with death? Stay away from this unless you are heavily medicated.

A) Director Alex Cox will be mad that people in the future will accidentally rent this movie instead of his awesome 1984 cult classic “Repo Man.”

B) It stole its premise from a Monty Python sketch.

OK, you still want to see it? Are you sure? You’re not going to like it!

What did I tell you? It’s just like “Logan’s Run,” too: you know, the main guy is a bad guy, and then he winds up in the same boat as his victims. So, he’s got to fight the power, and his best buddy has to throw down on him. Oh yeah, and he falls in love with a girl who’s got a borrowed pancreas. Or something. Jude? Liev? Forest? Was the money just too much to turn down?

It actually looks pretty good. Yes, it’s a kids’ movie. Well, I have kids – and they love the books this film is adapted from, AND it looks like the movie version is funny and insightful. Middle school and/or junior high sucked for everyone, so I’m guessing the laughs will be strong. Compared to the competition, this looks like the only mainstream movie offering that doesn’t talk down to its audience.


This is where you are going to get the biggest bang for your buck, and the widest spread of real choices.

Boulder venues are mostly quiet in the upcoming week, due to spring break (see "Special Events," below). At Denver’s Esquire Theater, we have Don Argott’s “The Art of the Steal.”

The documentary is obviously partisan, but it has its point. The Barnes Foundation is one of the most extraordinary collections of art in history. It deserves to be seen. Should the wishes of the dead be trampled? What’s the statute of limitations on a vision?

The killer-diller in the bunch should be “Un Prophete (A Prophet),” Jacques Audiard’s saga of prison life. It’s long, it’s violent, it looks engrossing.

Tahar Rahim and Niels Arestrup looks like a pair of powerful performers. When the French get cinema right, it’s the best (and when they don’t . . . see “La Belle Personne,” below.)

“A Prophet” is at the Chez Artiste, as is “Neil Young Trunk Show,” a music documentary directed by Jonathan Demme.

It’s hard to call concert films – they can easily fall apart. Take a look at the trailer for “Year of the Horse,” Jim Jarmusch’s disappointing 1997 concert/profile of Young and his band Crazy Horse.

Demme, however, directed “Stop Making Sense.” Hmmmm. Worth a look, especially if you love Neil Young. If you don’t, please let me know what’s wrong with you.

There are two new films, and an expanded version of an interesting one, at the Starz Film Center in Denver.

“Off and Running” is a documentary about the adopted African American daughter of two Jewish lesbians, her ethnic rainbow of siblings, and her struggle to come to terms with growing up, family disintegration and ethnic identity. Intriguing.

The other new offering looks like, I’m afraid, French filmmaking at its worst. “La Belle Personne.”

Young man loves young woman. She stares wistfully out the window. Teacher falls for her too. She stares at the blackboard. They smoke, they drink, they agonize. She stares at a piece of paper blowing down the street. Obviously, she does not have attention deficit disorder. She is so beautiful, and she does not know what she wants. Life, it is complicated. There you go, ten bucks please, I just told you the movie.

John Woo’s Hong Kong gangster thrillers are justly honored, and he had some success in his American decade (“Hard Target” up to “Face/Off” and back down to “Paycheck.”) His Chinese historical drama “Red Cliff” is finally getting seen around the country, but the primary release to America and Europe was snipped down to 148 minutes, from the original two-parter of 286 minutes’ length.

Well, Starz will show the full, two-part cut four times this weekend. If you are one of those intrepid cinephiles who can hang with, and even love, five hours of foreign epic set in the Second Century, get thee to the screening room. 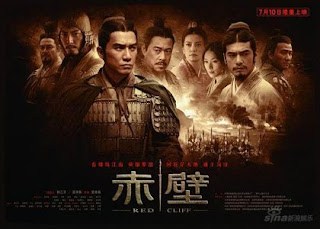 Friday and Saturday at Starz, catch “Dreamscape.” It’s part of the Mile-High Sci Fi series, and it’s an early-‘80s humdinger.

Dennis Quaid can get in your dreams, man! As can the bad guys, led by the impossibly suave Christopher Plummer. Love interest: Mrs. Stephen Spielberg, Kate Capshaw. With Eddie Albert as the President.

Fond of animated features from the Philippines? Not surprising – this is the first one.

“Dayo – The Wanderer” integrates various terrifying Philippine folk demons and turns them into loveable cartoon characters. Somehow, I don’t think Arby’s is going to give away a commemorative set of glasses in conjunction with this one. It’s at Starz at 3 p.m. on Saturday.

“Citizen Kane” unspools at the Denver Public Library on Tuesday at 6 p.m. in the B2 Conference Center of the main branch. It’s about this big rich jerk and how mean he was.

Check out the original trailer – they let Orson Welles get away with this highly unorthodox approach because they thought he was a genius – at least for a while.

On Wednesday, the Colorado Chautauqua Association presents a silent classic up in the Community House in Boulder’s Chautauqua Park. 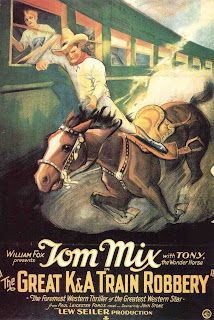 “The Great K & A Train Robbery” from 1926 is an emblematic Tom Mix film. The silent-era cowboy was astonishingly popular, and the film shows why. It was filmed, in part, in Colorado’s Glenwood Canyon, and it gives a glimpse of how it looked before the tremendous engineering feat that put the Interstate through that long, narrow gap.

Even better, you’ll be up close and personal with pianist Hank Troy, for my money the best silent-film accompanist in the country. He’ll be there playing along. The show’s at 7:30 p.m.

Finally, on Thursday, the Found Footage Festival comes to the Boulder Theater. Curators Joe Pickett and Nick Prueher have been coming up with a bizarre assemblage of stuff found on videotapes abandoned here, there and everywhere since 2004, and they’ll be there in person to discuss this year’s finds. Sounds great!

At Starz in Denver, the late show (10 p.m.) on Friday and Saturday, labeled by them “The Watching Hour,” will feature “The Incredible Shrinking Woman,” Lily Tomlin’s ill-fated satire of consumer culture. It was penned by Jane Wagner, Tomlin’s creative partner, and it’s now being given a critical second look here and there. Ebert loved the production design (?). 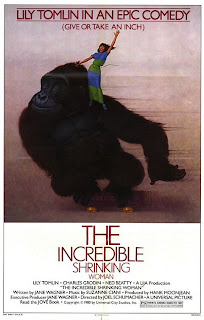 The midnight movie at the Esquire Friday and Saturday is “The Big Lebowski,” always a safe bet. You’re over the line, Smokey! 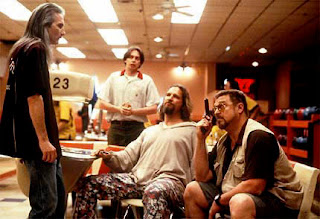