FORMATIVE FILM II: ‘THE TOY THAT GREW UP’ AND JANUS FILM ON PBS 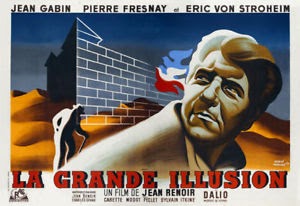 An autobiography in film; some personal milestones and revelations, for better and/or worse, in relation to movies I’ve seen.

My fascination and its focus intersected gloriously.

How fortunate was it? When I became interested in films I was exposed to some of its greatest and most challenging achievements first, in scope of time and geography most broad, in quality the finest. And of course, it all happened through our crappy little black-and-white television set.

As you will probably figure out as we go along, I had absolutely no aesthetic supervision growing up. I saw, read, and listened to material way out of my age range. Thank goodness. In contrast to the cinematic junk food I was dragged to as a little kid (see Part I of this series,“Disney’s Trilogy of Trauma”), and the more sufferable Disney fare I sought out such as “The Sword in the Stone,” along with any and every James Bond movie, overblown historical epic (Charlton Heston as Moses, Charlton Heston as El Cid, Charlton Heston as Ben Hur, Charlton Heston as Michelangelo . . .), war movie (seal of approval: anything derived from Alistair MacLean), sci-fi flick (anything would do, but hello again, Charlton! The Heston Trilogy of Doom: “Planet of the Apes,” “The Omega Man,” and “Soylent Green”), along with the last-gasp entries of the second great musical-film era (“West Side Story” through “Hello, Dolly!”), there was other film fare that I couldn’t resist.

Early public television in America was notoriously short of material. Boring local for-credit history shows alternated with bad documentaries, primitive children’s programming, and reruns of older, quality material. (BBC imports such as the original adaptation of “The Forsythe Saga,” and “The First Churchills,” both of which entranced me, didn’t hit our airwaves until 1970, developing slowly into the “Masterpiece Theatre” pipeline of highbrow cultural fare for Anglophile Yanks.)

But here and these were astonishments, always in the form of films. First there was “The Toy That Grew Up,” a show created curated by Robert C. Seipp and broadcast out of WTTW in Chicago from 1962 to 1972. Seipp collected and gained the necessary clearances in order to show uncut, best-version-available, mostly American silent films. He enlisted cinema organist Hal Pearl to do accompaniments, and stalwart WTTW announcer Don Ferris hosted.

I am still searching for log information on this show, but it appears that more than 100 films unspooled during the life of the show. In contrast to the busy, full-color complexity compositional and sequencing levels of theatrical films, and the flatly lit, square affect of TV programs, the simple, streamlined, and more painterly silent-film compositions and narrative lines were a wonder.

Silent film was, by virtue of its limitations, a global art form, and the necessity that it make itself understood by any pair of eyes made it immensely powerful. A young film lover couldn’t do better than learn the grammar and syntax of cinema than soak the work up, which I at precisely the right time. It’s all there: how to tell a story, how to delineate character swiftly, how to engage and maintain attention, how to evoke emotion, how to build tension and narrative arc -- how to create meaning in time and space.

I was immediately struck by Chaplin, of course, but even more so by Keaton. “The General” astonished me, its comic geometry always so perfectly balanced. 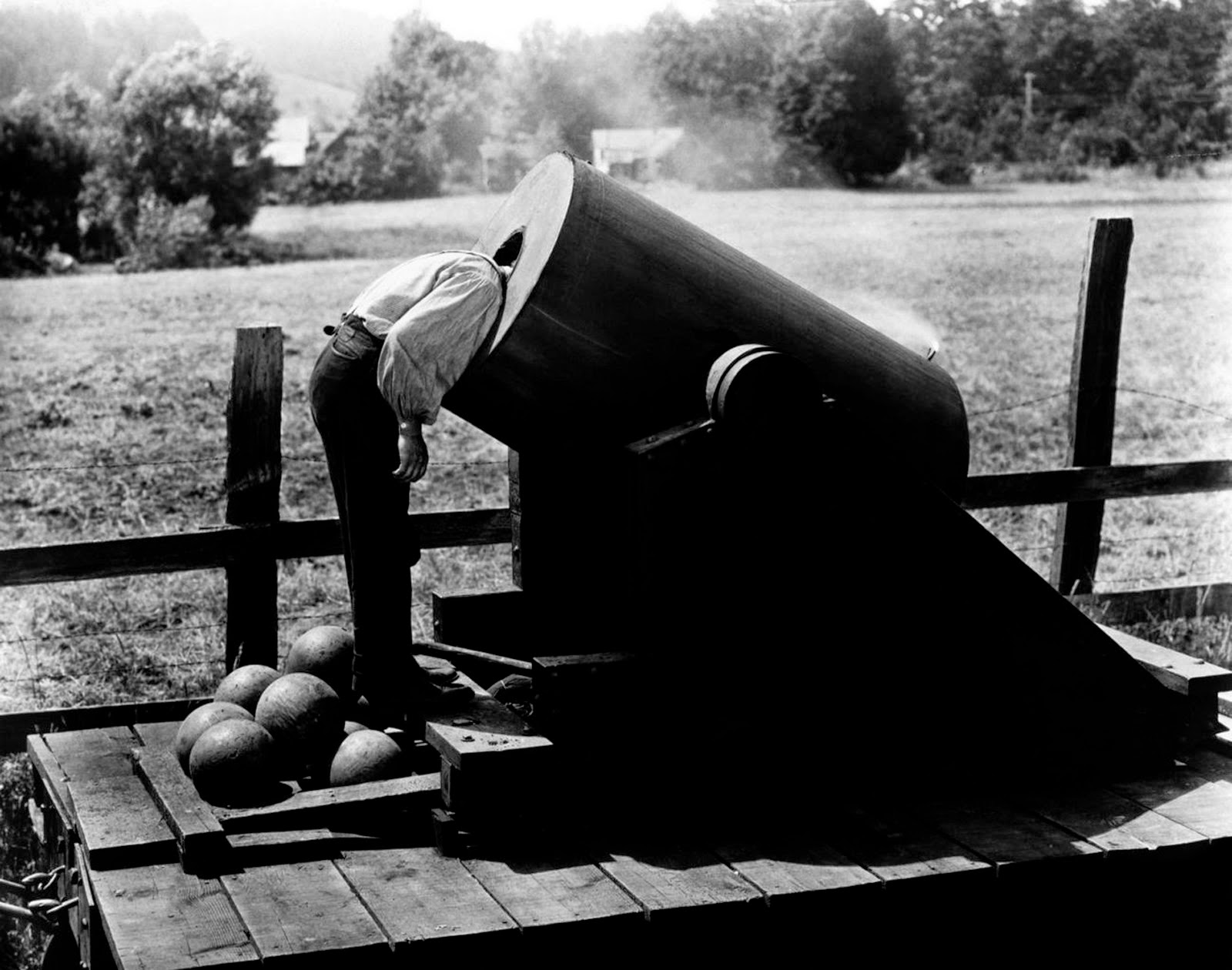 The deliberate audacities of Laurel and Hardy, the domestic insanities that Charley Chase endured, even the primitive, vaguely frightening, grotesque rampages of the Keystone gang all made a deep impression on me. There was the grim, haunted face of William S. Hart in “Hell’s Hinges” and the more light-hearted cowboy adventures of Tom Mix and Ken Maynard. 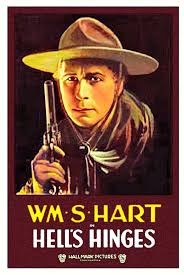 Lon Chaney’s “Phantom of the Opera” and “Hunchback of Notre Dame” were there, as were the Gish sisters in “Orphans of the Storm,” Douglas Fairbanks in “The Mark of Zorro,” and even “serious” stuff such as “The Big Parade” and “The Last of the Mohicans.” The power they possessed pushed me on to seek out and view all the silent film I could, a quest that continues and still reaps benefits.

Then there were the Janus films, the blessed, blessed Janus films. I can’t remember under what moniker these gems screened under, “Cinema Classics” or some such generic title, but I remember sitting crouched at the TV screen in the kitchen, my mother smoking beside me, as these fantastic things just rolled out at me. “The Toy That Grew Up” primed the pump; the next stage blew my mind.

What riches! Here I found my first foreign-film director heroes: Renoir, Kurosawa, Truffaut, Cocteau, Lang, Wajda, Ichikawa. Here are some of the most vivid snatches that leap out at me, branded onto my cortex:

The Battle on the Ice from “Alexander Nevsky”

Cherkasov’s profile, contrasted against the winding line of approaching supplicants in “Ivan the Terrible Part I” 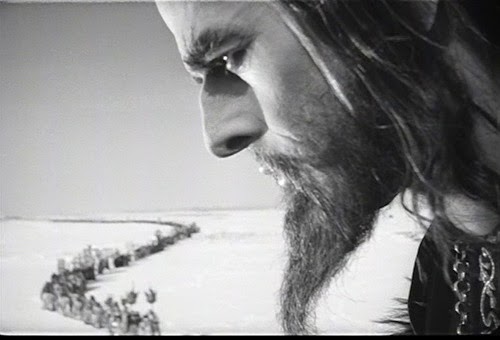 The sickening heartbreak of the ending of “Jules and Jim” 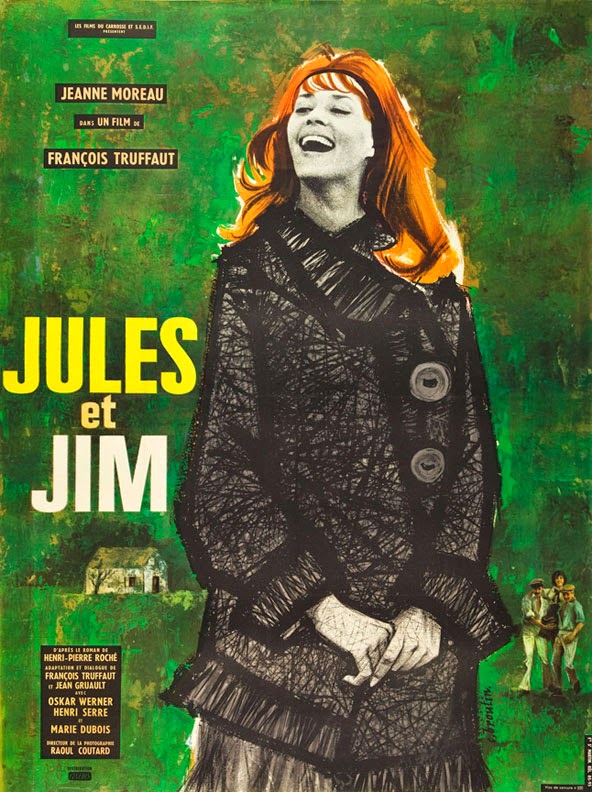 The climax of “Fires on the Plain”

Harry Lime in the sewers in “The Third Man” 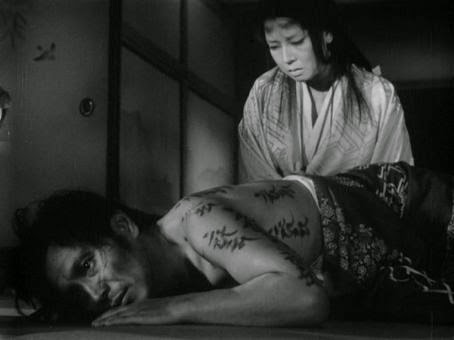 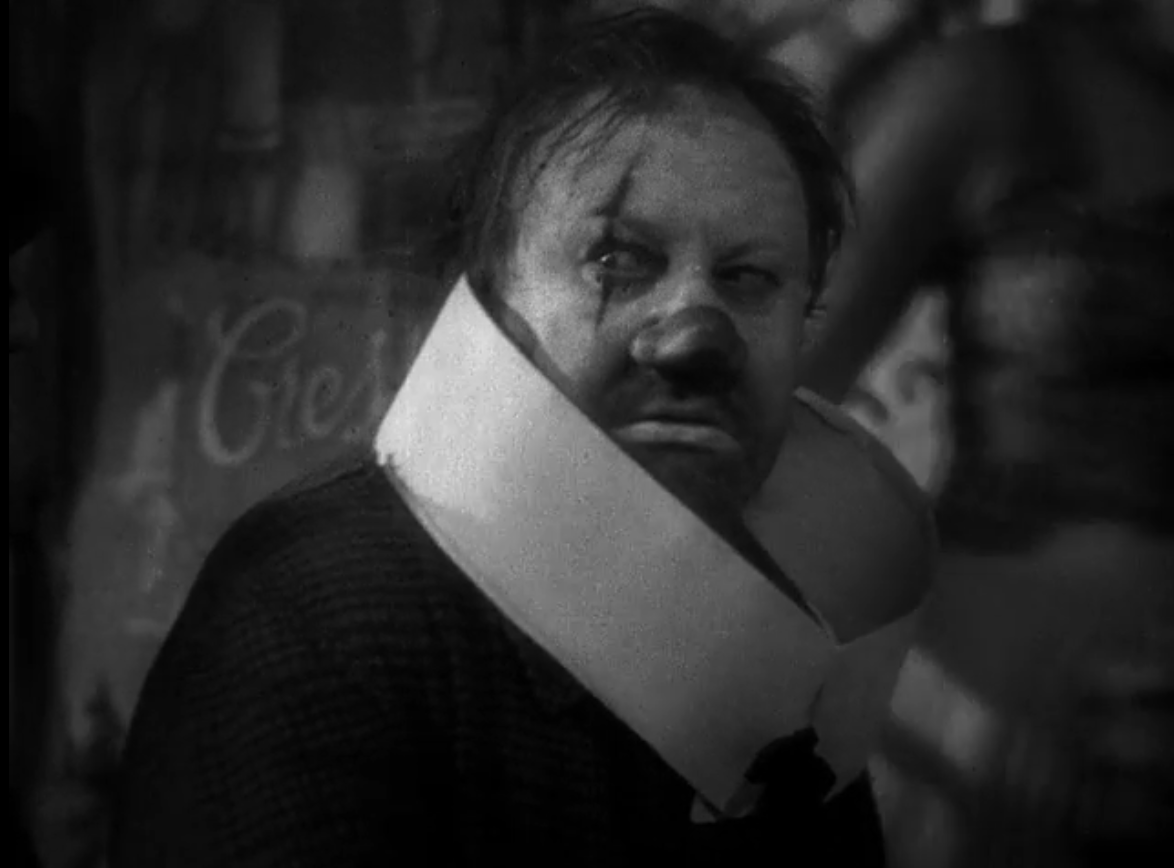 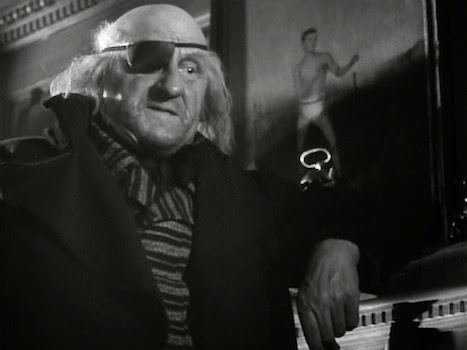 Cesare’s mission in “The Cabinet of Dr. Caligari”

The dog with the severed hand in “Yojimbo”

The passage to the other world in “Orpheus”

Mizushima’s farewell in “The Burmese Harp” 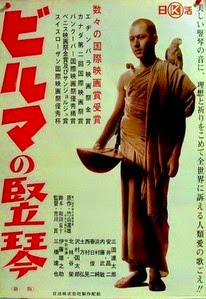 The digging of the canal in “Our Daily Bread”

How could I not love, and continue to love, these films? Films that still show me something new every time I see them, dozens upon dozens of screenings later?

Cocteau’s “Beauty and the Beast”

I didn’t know it at the time, but this huge chunk of art was going to spread shoots, connecting me to all other disciplines, deepening and broadening my roots, keeping me strong in the face of the chaos and disappointment of my waking life.

Beyond that, it taught me the importance of keeping these in the public mind. I caught a big break. I got the exposure I needed when I needed it, and it changed my life.

How can we keep this chain of love and witness called cinema alive? Where can kids today get a chance to see what I saw? As with all other art forms, we must focus on continuing to make them available to all, illuminating these frames with whatever candlelight we can summon.

Anything I can do to share these marvels and memories, to teach the history and aesthetics and craft of these arts, I will do. Today, this story is one way to do it. 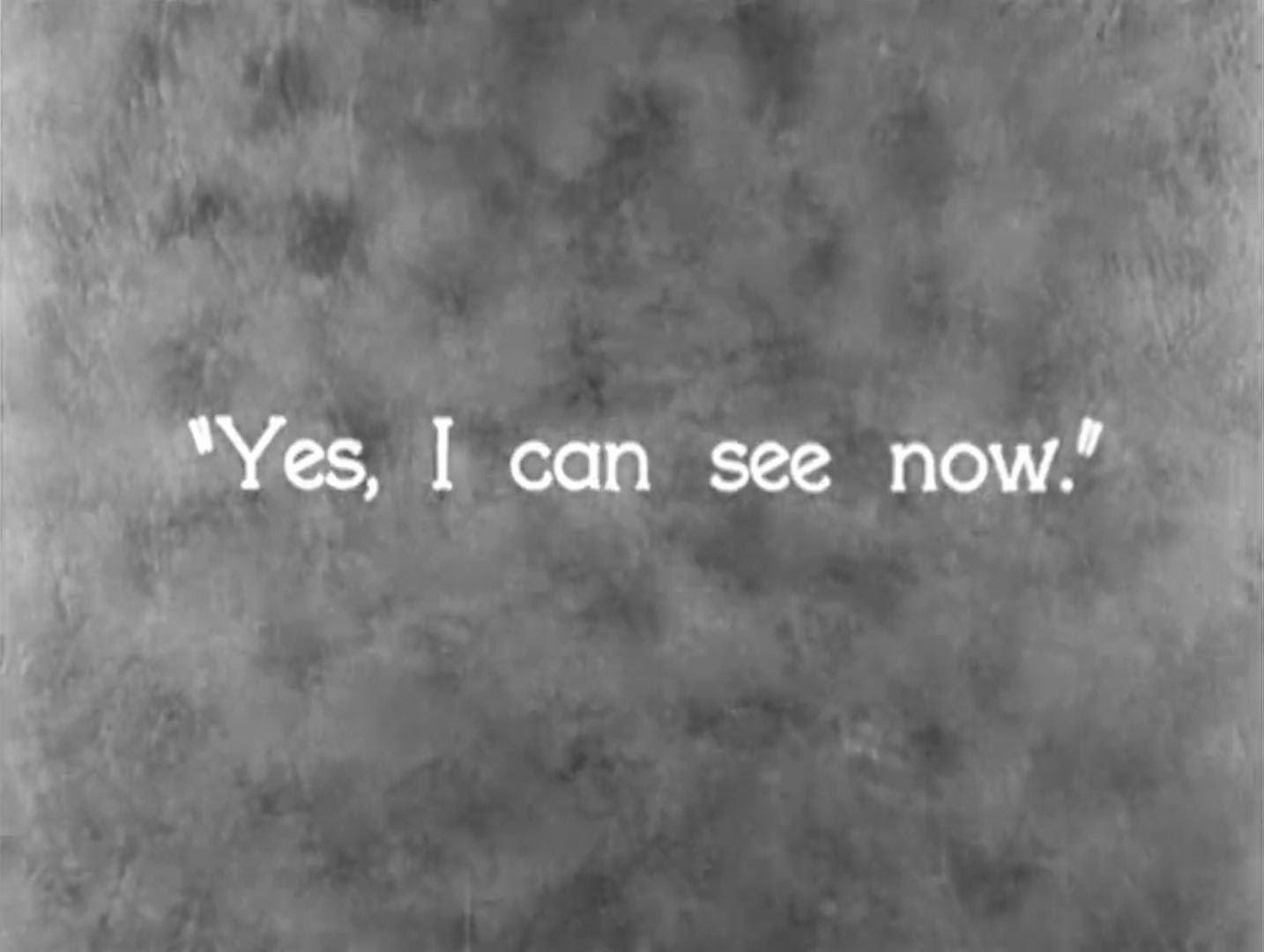