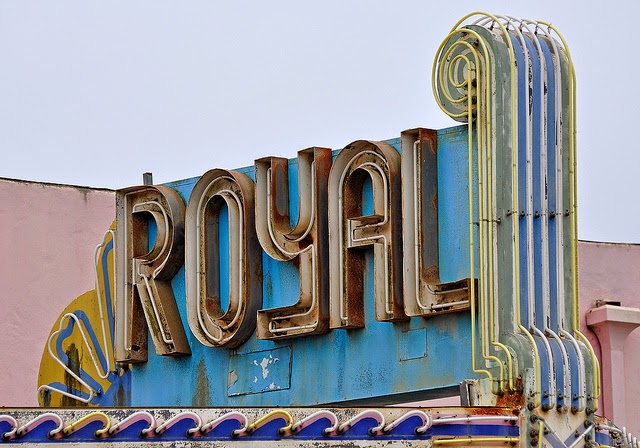 Ran across this in our recent travels, in the little seaside farm town of Guadalupe, CA (near Bugs Bunny's perpetual destination, Pismo Beach!). A beautiful facade, and an incredibly relevant history The Royal was was built by a Mr. Ishii in 1939, then taken over by Robert Lippert in 1942 when the Japanese-American citizens were unjustly interned during World War II. In 1949 Moe Hernandez bought it. During the Bracero program of 1942-1964, when immigration was promoted to provide the agricultural industry with farm workers, busloads of workers were brought to the Royal to enjoy Filipino- and Mexican-made films. Owned by the town now. 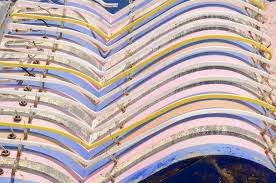